Black Friday was the second-largest online shopping day in history

Online sales during Black Friday 2019 are estimated to have reached $7.4 billion, a record for the holiday and second in online shopping history only to Cyber Monday last year, which hit $7.9 billion in sales. That’s nothing, though, compared to predictions for this year’s Cyber Monday, which suggest it will achieve a 20% lift over last year at $9.4 billion. Black Friday also saw a huge increase of 43% over last year in shoppers who chose the “buy online, pick up in store” option, indicating that big retailers are successfully creating incentives for shoppers to visit stores even when transactions occur online. Sales at brick and mortar retail stores, by contrast, were down 1.6% compared to last year, though conversions (the percentage of shoppers visiting a store who actually made a purchase) rose by 1.7%.

Google UI watcher Sergey Alakov has called attention to some apparent Google experiments in the UI for hotel searches as well as for writing hotel reviews. The search changes include a city filter that appears in the form of a carousel and allows, for instance, a user who enters a simple search term like “hotels” to select a destination city, after which the user is directed to the main page in Google Hotels and presented with a variety of filters and options as shown below. 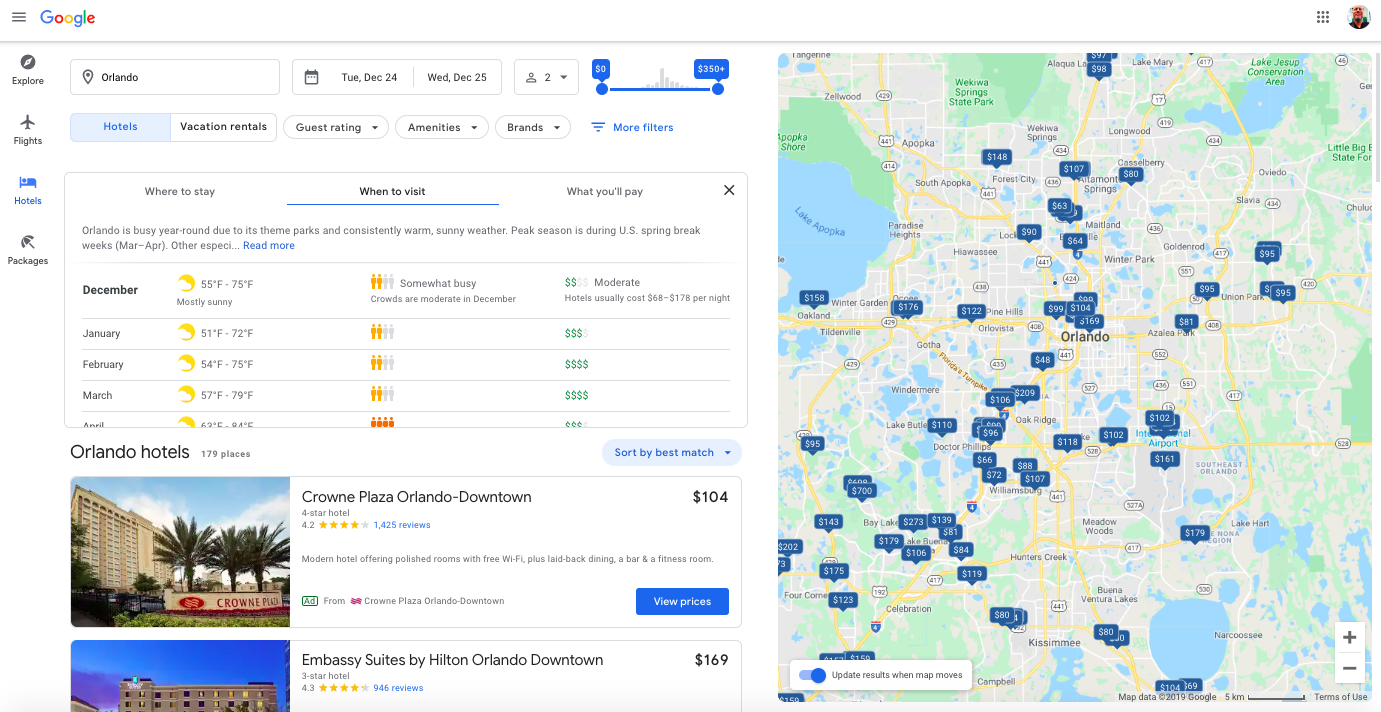 Alakov has also noted that a new card-style display sometimes appears when the user mouses over a hotel listing on the map, with a prominent photo and other information. More recently, he’s spotted some interesting changes (also experimental) to Google reviews for hotels, where the user is guided through multiple screens that ask about the purpose of travel and specifics about the hotel experience. The intent here is clearly to create a multi-level review that speaks to details like rooms, service, and location. 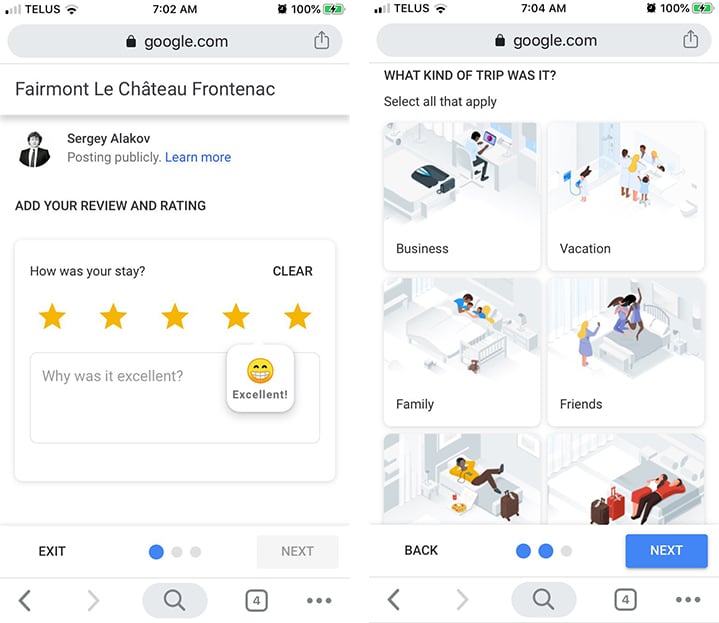 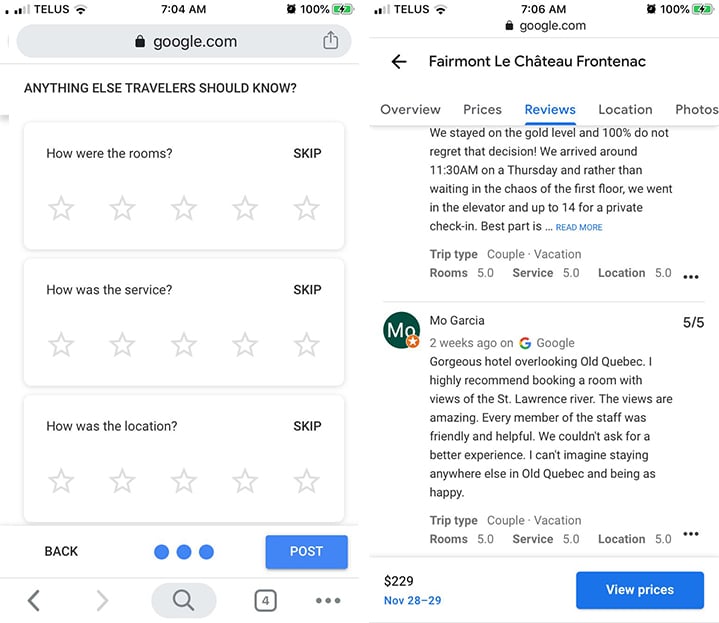 Google My Business has now officially launched a feature (first noticed back in August) that will allow service providers to build a list of available services from standardized selections provided by Google. The selections will differ by primary category; for instance, plumbers may see standard service options like “Install faucet” or “Repair toilet.” If a service you provide isn’t listed, you can still add it manually as a custom option, but Google is encouraging businesses to use standardized terms in order to make it easier to match business listings to the intent of specific search queries.

According to a recent post in the Local Search Forum by GMB Product Expert Ben Fisher, the bug that was causing fluctuations in the count and display of GMB Questions and Answers over the last few weeks has been fixed.

Jason Parks of The Media Captain has offered a theory about the local ranking volatility that has kept local SEOs busy throughout the month of November. The theory is dubbed “Swapasaurus” (actually he calls it “Swapasauraus” but I couldn’t resist correcting the spelling [EDIT: ... which Jason has now fixed]). Parks suggests that Google has begun swapping out local pack results more frequently than before, especially in positions 2 and 3. So in other words, the apparent volatility has more to do with variability of results. One example tracked using SEMRush does seem to show clearly that the first results remains stable while four other listings compete to rank second and third, as shown below.

Though opinions are mixed in the local SEO community as to the viability of this particular theory, it does seem possible that Google has introduced more frequent fluctuations in ranking as a part of its standard practice. We’ll need more evidence over a longer span of time before we know for sure.

Local SEO veteran Phil Rozek has a new blog post that outlines what he feels are ten phobias that prevent many local SEOs from using tactics that can actually be effective. Rozek suggests that many SEOs play it too safe and are reluctant to take perceived risks out of fear of a Google penalty. His experience has shown that many practices, such as internal linking, building city pages, or listing several services areas in your site footer, are harmless and can be informative to website visitors as well as sometimes helping with ranking. Furthermore, some supposed cardinal rules -- such as the rule that a page’s title tag should be no longer than 70 characters -- are based on outdated information. In the case of title tags, Google often rewrites a page’s title tag anyway based on the intent of the search for which your site appears.

A new consumer study from online brand protection company BrandVerity has consumers reporting that when they search online for a specific brand, such as Nike shoes, 56% start on Amazon and 30% start on Google, while only 9% of searchers go directly to the brand’s website. The situation is reversed when the consumer doesn’t have a specific brand in mind. Searches for generic keywords like “running shoes” begin on Google 52% of the time and on Amazon 37% of the time. A mere 5% of consumers said they use other search engines. Note, of course, that the study’s focus was the starting point of a search, not the destination.