In this week’s update, read about Google’s new explanation of search rankings; more detailed restaurant reviews; what really works when using Google Posts (and what doesn’t); how to get the most out of GMB Products and Services; another Local Pack test; and free promotions for merchants in Google Shopping.

Google to show which factors caused a search result to rank

Google launched the “About this result” popup window back in February, displaying three dots next to every link on a search result page which lead to a popup with some information about the result. The original version of “About this result” (and what many users will still see today) looks like this: 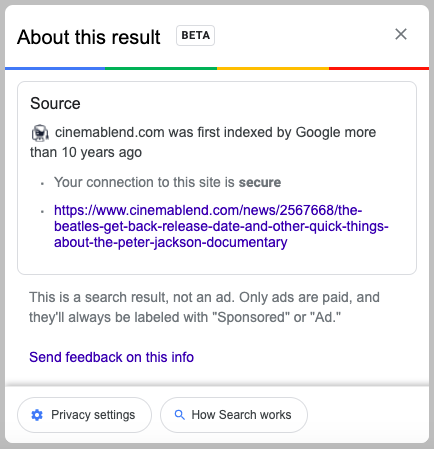 You can see that Google is reporting how long a particular site has been indexed by the search engine, whether the site is secure, and whether the result is an ad. “Send feedback” lets you send a comment of any kind to Google with an optional accompanying screenshot. Now, the company is adding a new section to “About this result” called “Your search & this result,” demonstrated in a post announcing the update: 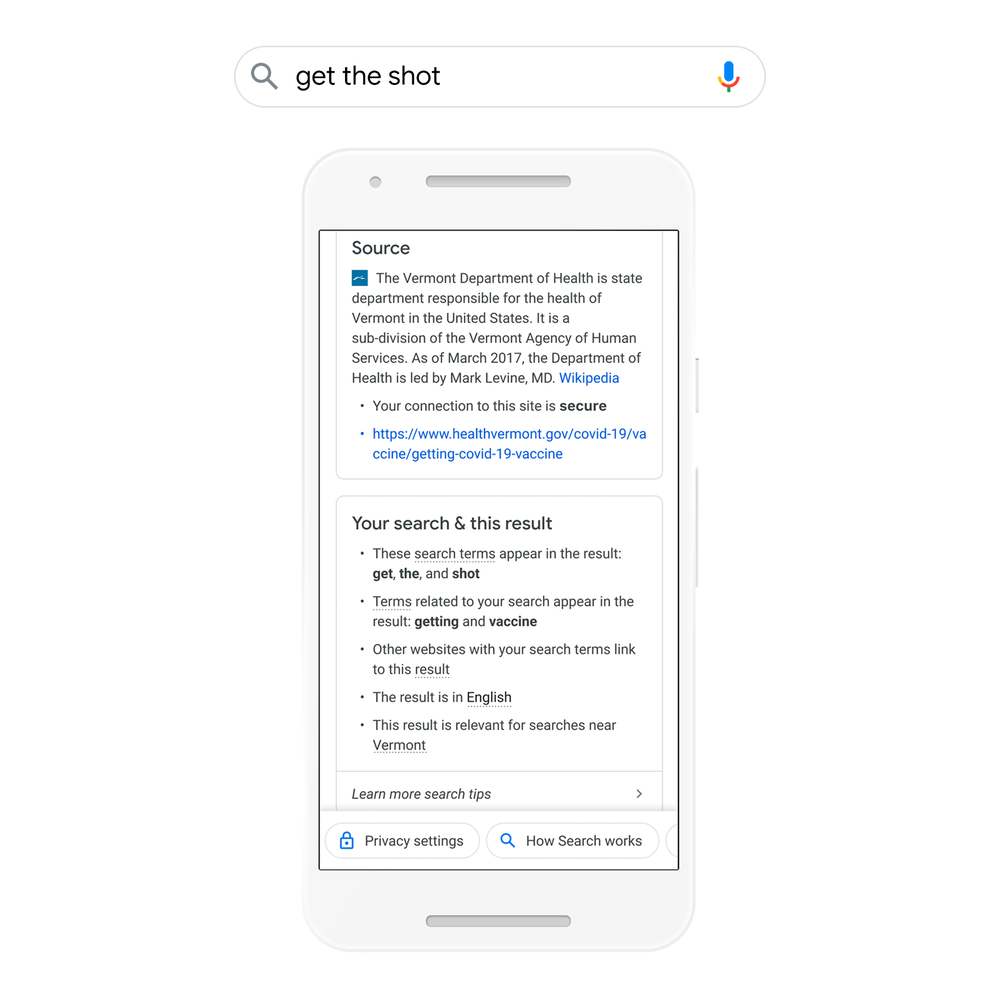 As you can see, the new section contains a brief explanation for why Google chose to include this result in a SERP for this particular query, including key terms from the query found in the result; additional terms in the result that Google considers to be relevant to the search; an indication that a significant number of sites link to this result; the language of the result; and information about the result’s geographical relevance, especially important for a search like the one shown in the example, or, to take another, more mundane example from the announcement post, “What day is trash day?”

The underlined terms under “Your search & this result,” such as “search terms” in the first bullet above, trigger tool tips that provide more information to the user; the tip for “search terms” reads, “To find an exact match for your search terms, place a word or phrase inside quotes, ‘like this.’” Clicking “Learn more search tips” takes the user to more information about refining searches. The new feature is rolling out for English speakers in the U.S. and is expected to be present in 100% of searches by this week.

Google is expanding restaurant reviews so that reviewers can add more information about their dining experience, including price range, type of meal, and whether the meal was takeout, dine-in, or delivery. Google’s announcement states that expanded restaurant reviews are now live on mobile for both Android and iOS for all restaurants in the U.S., with “more categories and countries on the way,” suggesting that additional information may be added that is relevant to other business types at some point in the future.

Enhanced reviews were one of several Google Maps product updates included in the same announcement from the company; other updates include the expansion of transit crowdedness predictions to additional countries, as well as tools for travelers such as a monthly tally of time spent driving, flying, biking, or walking, and a view that allows Android users to see prior trips, including locations they’ve visited and miles traveled.

Google Posts: what really works and what doesn’t

Joy Hawkins has published the results of a study of 1,000 Google Posts created by SMBs. The study was designed to determine which Post strategies are the most effective. Among several other findings, the study shows that Posts with non-stock photography get 5.6x as many clicks as Posts with stock photos, and that Posts with emojis get twice as many clicks. The most important features for Post engagement are calls to action, a sense of urgency, and featuring a special or a discount.

COVID and Offer Posts perform the best of all Post types based on click-through rate, as demonstrated in the table above. The writeup contains lots more useful information about Post content, titles, photos with text in them, and more, so I encourage you to check it out.

How to use GMB Product and Service lists

Claire Carlile has a post on the Bright Local blog about Product and Service lists in Google My Business -- useful features we are seeing get a lot more attention from commentators these days. (For instance, I recently mentioned an extensive post on the WhiteSpark blog about getting more out of GMB Products.) Carlile notes that Products and Services can help your business stand out with consumers and can also directly feed Google “details about your organization as a ‘named entity.'"

Services, Carlile tells us, can display in mobile business profiles and as justifications in search, under the heading “Provides.” Services are managed in GMB in different ways depending on the business category; some businesses have access to more freeform options, whereas others are more restricted. Google can also add services, even erroneous ones, by crawling your website, but you can go in and remove the ones that shouldn’t be there.

Products, today, are much more visible than before on both mobile and desktop, with prominently displayed photos, descriptions, prices, and CTAs. This makes Products a great way to showcase your offerings, but Carlile cautions that because (unlike Services) Products can’t be managed via API and therefore must be maintained manually, it’s best to stick to a smaller list of evergreen products -- “​​items that stay in stock and rarely change in terms of pricing or URL location on your website.”

Another Google Local Pack test, this time with the map on the right

In more “is it a bug or a test?” news, Twitter user Kishanu Karmakar has captured a screenshot that shows a Local Pack with the map on the right, rather than above the search results. This comes just a week after I told you about Local Packs with no maps in them at all. Your guess is as good as mine as to whether this is intentional on Google’s part. 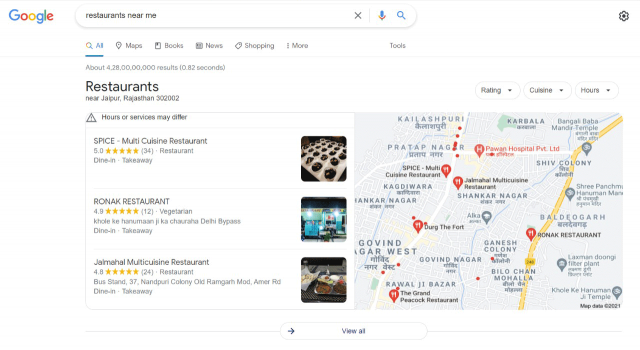 In time for the back to school shopping season and the upcoming holidays, Google has announced some updates to Merchant Center options and Google Shopping results, focused on making it easy to promote and find deals. A new section under the Shopping tab called “Deals related to your search” will showcase deals and competitively low prices from retailers. A new carousel will also launch in October that will help to highlight Black Friday and Cyber Monday deals.

For merchants, Google is making promotions available in Google Shopping even when not backed by ad spend. Merchants can create promotions as a new option in the Merchant Center, including special promotions for first-time buyers. Promoted items are eligible to appear in free Google Shopping results, where they will be shown, according to Google, “based on factors such as the discount itself, how popular a product is, how popular the site it’s listed on is and more.”