Last week we celebrated our emergence of Brandify with the first ever Brandify Summit in Marina del Rey, California. Some of the titans of local marketing were kind enough to speak at the summit and covered the hottest topics in Big Data, targeting and attribution. With so many insightful quotes from our speaker sessions and panels we thought we should share the top 20 Tweetable quotes with you. Enjoy and keep on tweeting on! 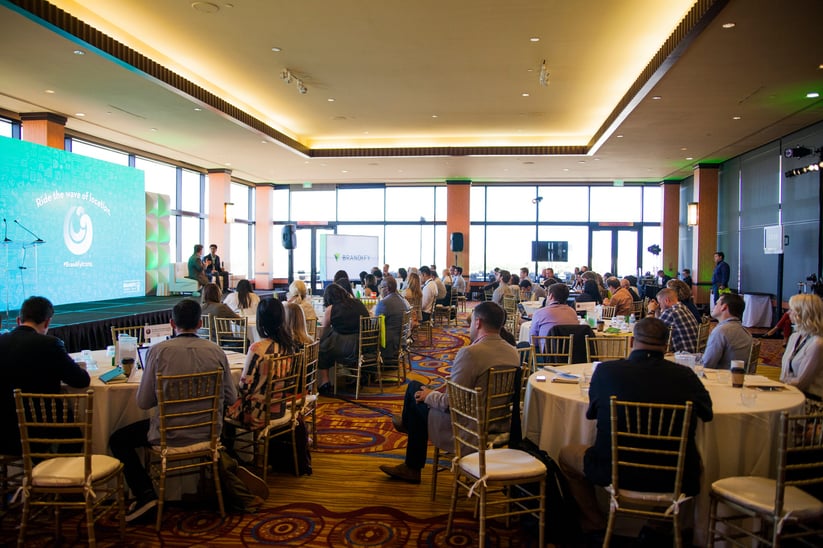 1. Tweet this: “A #ChiefLocationOfficer can remove the silos and ultimately unify your organization.”

2. Tweet this: "It all comes down to usability and how users experience #mobile vs #desktop "

4. Tweet this: "The best way to understand your customer is understanding their interaction with the physical world."

5. Tweet this: "People want to see the value of opting in to your brand's location-based #apps "

6. Tweet this: ”You don't own your #brand, you own your reputation"

7. Tweet this: "Your brand should be responding to negative reviews within the first 48 hours!”

9. Tweet this: “Riches and niches. Once niches go mainstream you’re going to have to pay for it.”

11. Tweet this: "Thinking about your #data is actually the biggest investment you can make in your #localmarketing efforts."

12. Tweet this:  "Strategically a #CMO must find ways to reinforce a brand's meaning and value to customers."

13. Tweet this:  “If you think big about the data sources and continually about applying different techniques, that will push your #marketing forward”

14. Tweet this: “Build from a win. Tailor your messaging based on users who interacted vs. those who did not.”

15. Tweet this: " #Mobile is different than online. Think about that ONE action that you want to do on mobile and hone in on it."

16. Tweet this: "Location #analytics are part of the "hypothesis" phase of #digitalmarketing."

17. Tweet this: “Tying your first party #data to devices and identities strategically will be more valuable moving forward.”

18. Tweet this:  “What has been the lifetime value of my customer? This question will help you in the retargeting phase.”

19. Tweet this: “#Beacons aren’t thesole answer. #Brands who integrate them into a larger strategy are most successful.”

20. Tweet this: “Data without a story doesn’t have any soul in it.”