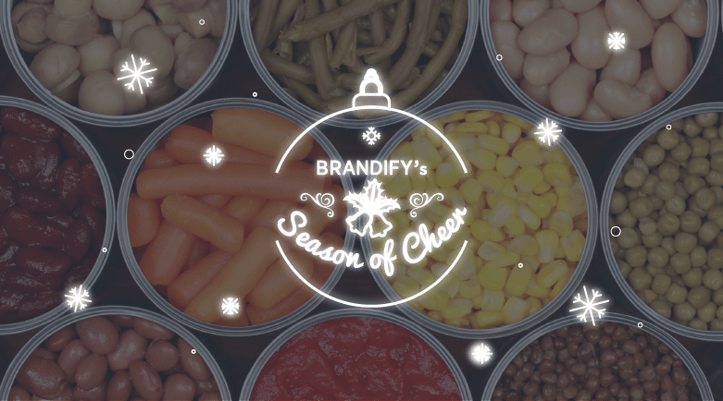 Brandify kicked off its second annual Season of Cheer of by working with Mary’s Kitchen to help Orange County’s homeless community gain access to hot meals and everyday necessities. Mary’s Kitchen was established in 1984 by Mary McAnena, an 82 year-old woman who opened her heart and home to the community’s homeless, cooking meals on her four-burner stove and accepting help from volunteers. Mary found her calling in dedicating her life to helping those less fortunate than her in any way she could. This story inspired the Brandify team and served as the perfect launch of the 2016 Season of Cheer.

Why Mary’s Kitchen?
Earlier this year, a fire damaged most of Mary’s Kitchen and it's structure. Several commercial refrigeration and freezer units were destroyed along with perishable food items meant to feed guests for the remainder of the year. While the resilient Mary’s Kitchen team did their best to work around the damages and scrape together enough for minor repairs, the organization did not have the resources to fully recover and aid the homeless community like they had done before. As such, Brandify wanted to reach out and help Mary’s Kitchen get back on their feet again.

How We Helped
In a friendly competition, the Brandify team pulled together its resources to purchase and deliver items that would be most valuable to Mary’s Kitchen and the homeless community since the fire. These donations ranged from non-perishable food items, to backpacks, sleeping bags, toiletries, and cleaning products.

Our team spent three weeks collecting items to replenish and support Mary’s Kitchen. By the end of Brandify’s donation period, Brandify’s team had donated a total of 1,179 items. Mary’s Kitchen is taking social and ethical responsibility, and Brandify is honored to have been able to contribute to their leadership and sacrifice.

Throughout the rest of the season, Brandify will continue giving back by offering technology and services pro bono to enterprises and nonprofits who demonstrate leadership, sustainability and social and ethical responsibility in their work.

Are you a nonprofit or cause-centered brand that could use some help enhancing your online presence and driving more foot traffic to your locations? By signing up to work with Brandify, you may qualify to receive  exclusive, award-winning technology, by selecting the Season of Cheer category for which you would like to be considered at the link below.

Season of Cheer: Inspiring the Leaders of Tomorrow with Child Creativity Lab