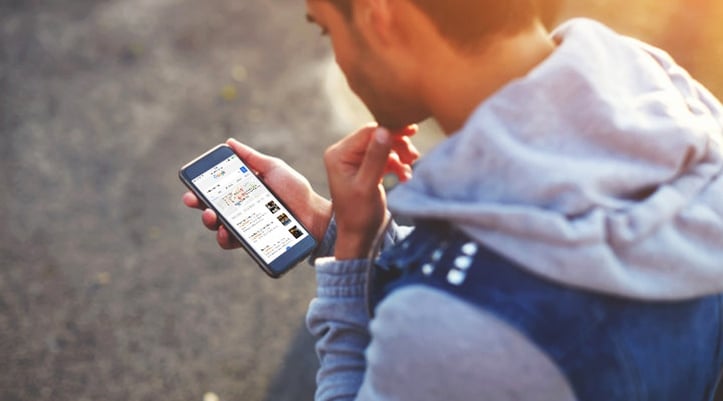 On November 4th, Google announced that it will be introducing mobile-first indexing in place of desktop-first indexing. This will greatly enhance the mobile user experience, as mobile users expect real-time information on-demand, and Google is rising to meet the hype. This switch in indexing means that even desktop pages will be crawled using a mobile-first lens, signaling that brands without a dynamic or mobile-friendly design could be in trouble.

Mobile-first indexing should not come as much of a surprise, considering Google’s recent report that the majority of searches on its platform take place on a mobile device, outweighing desktop searches in over ten countries. Brandify’s own client data, spanning retail and foodservice industries, supports the fact that the majority of local page traffic comes from mobile or tablet devices, with only a fraction still coming from desktop computers. As such, the focus needs to shift from users on desktop to users on mobile to create the best user experience. Page structure, content and responsiveness are critical to the mobile user, operating on a screen with limited capacity. 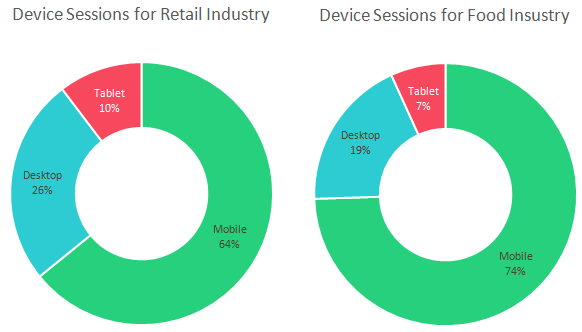 With this new algorithm, Google will focus primarily on the mobile version of a site. If the site is optimized for mobile, Google will use mobile properties to determine the site’s rankings, never moving beyond the mobile version. For now, Google will fall back on desktop indexing when a site does not have a mobile version or is not dynamic or responsive. However, as Search Engine Roundtable’s Barry Schwartz predicts, while Google calls its mobile-first indexing an “experiment,” we are likely to see its algorithm shift completely to look exclusively at mobile content when making ranking decisions.

In Google’s own words, the shift to mobile-first indexing is an attempt to create a better user experience for users who are primarily searching on mobile devices. Regarding the change, the tech giant released the following statement:

To make our results more useful, we’ve begun experiments to make our index mobile-first. Although our search index will continue to be a single index of websites and apps, our algorithms will eventually primarily use the mobile version of a site’s content to rank pages from that site, to understand structured data, and to show snippets from those pages in our results.

If your brand already has a site that is responsive or dynamically serving, you should not need to change anything in preparation for mobile-first indexing. In fact, Google has stated that they hope this change will have little to no impact on most sites across the web. However, traditional ranking factors such as load speed and breadth of content will still matter when your site is being indexed. Brands with with mobile-friendly sites can enhance their performance by publishing content that is optimized for Accelerated Mobile Pages (AMP) and ensuring that mobile versions of sites have the same quality and quantity content and links as desktop versions.

Conversely, brands with site configuration where the primary markup and content is different between the mobile and desktop versions of a site could see a negative impact if content between the two versions is vastly different. Brands with site configurations need to make sure to serve structured markup across desktop and mobile by testing both URLs in Google’s Structured Data Testing Tool and analyzing the output. If you fall into this category, make your site's markup is as lean and comprehensible as possible, and avoid large amounts of markup that is irrelevant to the content of each document. Also, consider using Google’s robots.txt testing tool to confirm that mobile versions are accessible to Googlebot.

If your brand only has a desktop version of its site, Google will now index your site with a mobile user agent, meaning that your rankings could suffer. Google will favor sites that have mobile-first content, pushing down content that is only optimized for the desktop experience, even when a given user is searching via desktop. The performance of desktop-only content will suffer as a result of Google’s mobile-first indexing, and while there is no way to know which sites will receive mobile-first indexing during this “experiment,” all sites should be optimized for mobile for the best performance potential moving forward.

As Google scans your brand’s home page and local pages, your brand’s data accuracy will be considered for ranking purposes. Google wants to provide its users the best experience and the most reliable information, which means only ranking sites with proven accuracy, user-generated reviews and hyper-relevant results. Start preparing for Google’s mobile-first indexing by registering for a free trial of Brandify, where you have access to analytics on your current local rankings for store local page visibility on Google.

The New Proximity: A Second Phase in Mobile Brings Here and Now to Life