Walmart will launch Walmart+ in competition with Amazon Prime

According to reports from Recode, Walmart has been working quietly for several months on a new offering called Walmart+ that is designed to compete with Prime, Amazon’s popular membership program offering free shipping and other benefits. Details of the new plan are still unclear and perhaps still being decided; the report notes that Walmart will likely focus the offering on grocery delivery but may also include text-based ordering, discounts on pharmacy and gas, and additional benefits intended to differentiate Walmart+ from Amazon Prime. Though Amazon leads in most retail categories, Walmart’s overall grocery sales are currently greater than Amazon’s, suggesting that the grocery business may provide a leverage point that Walmart can use to gain a stronger footing in the competitive online retail market.

Facebook plans to officially launch a new set of guidelines on March 4 that are designed to improve communication between businesses and their customers on Messenger. In an effort to prepare businesses for the changes, Facebook has released a list of best practices for using Messenger to communicate with customers. These include responding quickly; keeping your responses succinct and to the point; utilizing features like message tags to engage with customers outside the standard 24-hour window; providing distinct value with every message; and giving customers control over how they receive content from you. You can read more about these recommendations on the Facebook Developers blog. (In somewhat related news, Twitter also recently posted some pointers for businesses on how to compose tweets that encourage customers to take action.) 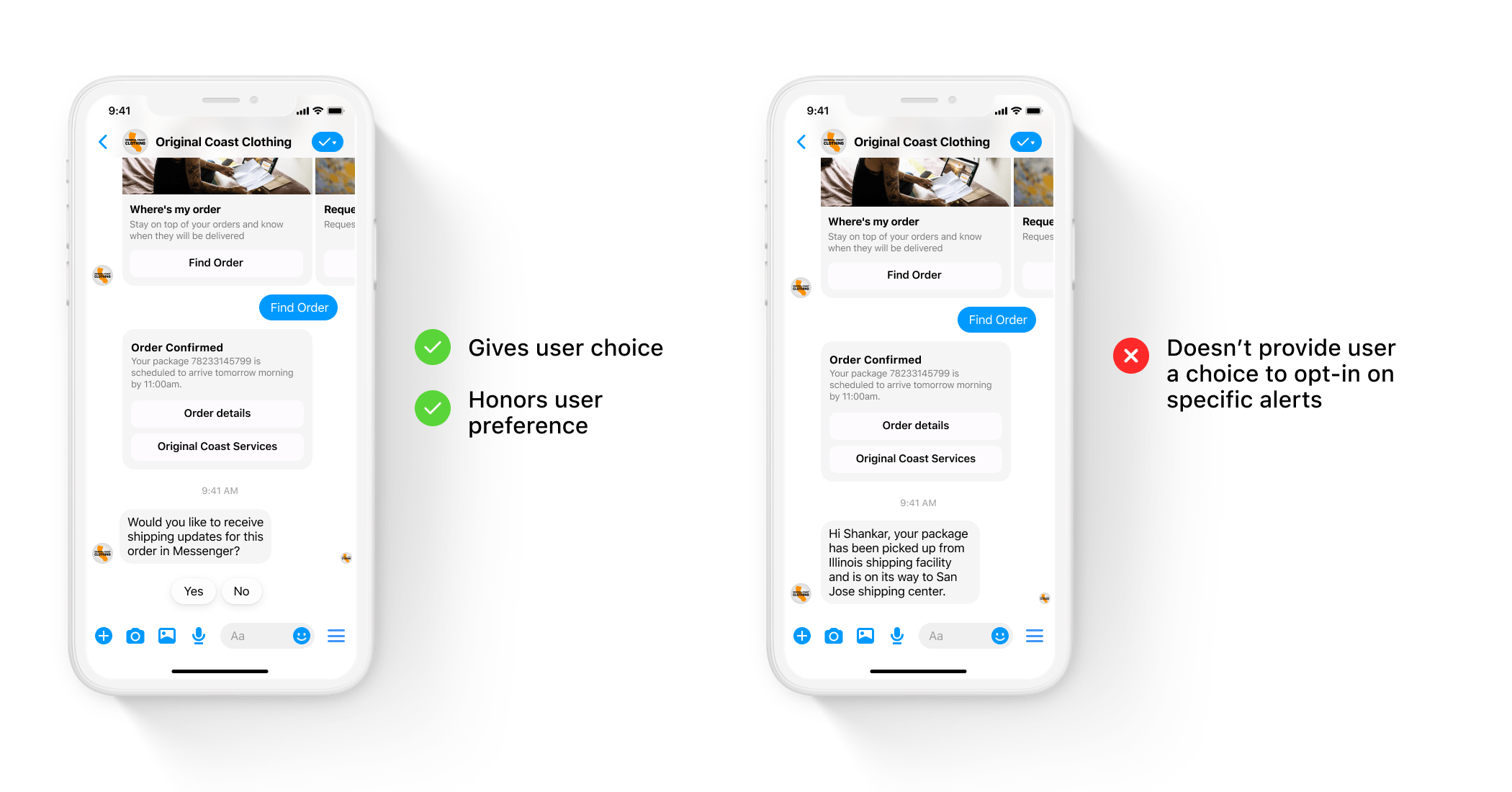 Yelp has announced several improvements to Waitlist, the feature that allows restaurant diners to put themselves on waitlists for restaurants via Yelp before they arrive. The feature, launched in 2017, can now accommodate large parties of six or more diners, and allows users to search for restaurants with availability for larger groups. Diners can now indicate seating preferences such as indoor, outdoor, at the bar, or in a booth, and may choose to wait longer for preferred seating. The Notify Me feature, launched for iPhone last year, is also now rolling out to Android phones and the web. This feature notifies users of the optimal time to join a waitlist in order to get a table at their desired meal time. Restaurants can subscribe to Waitlist starting at $249 a month; Yelp claims that 81% of diners are more likely to come back to a restaurant that uses Waitlist. 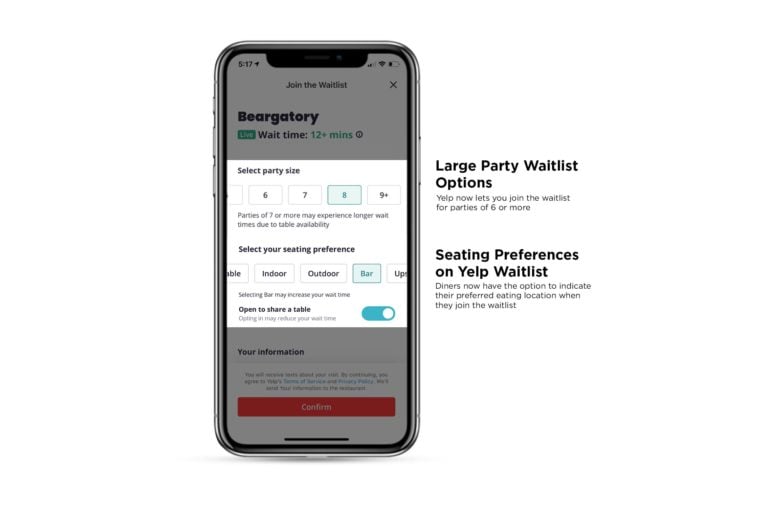 I first reported back in January that users had spotted a new top section of the local pack showcasing third-party directories in Germany and Spain. Now it appears the feature has rolled out across Europe. In a post on the topic, Bright Local’s Stephanie Newton suggests that Google’s move is a direct result of antitrust actions against the company by the European Commission in 2019. Google is, in other words, trying to appease European regulators and prevent further penalties by conceding search real estate to competitors. Newton speculates that, although the new alternate directories are currently showing up in the UK, this may change once Brexit becomes official and EU antitrust laws no longer apply there.

A wide range of directories is appearing in searches for various business types; Newton lists several that have been spotted including Yelp, Yell, Cylex, TripAdvisor, Booking.com, PagesJaunes, and Foursquare. Just about every business type seems to be triggering the new results, suggesting that businesses in Europe have a new reason to pay attention to third-party directory listings. 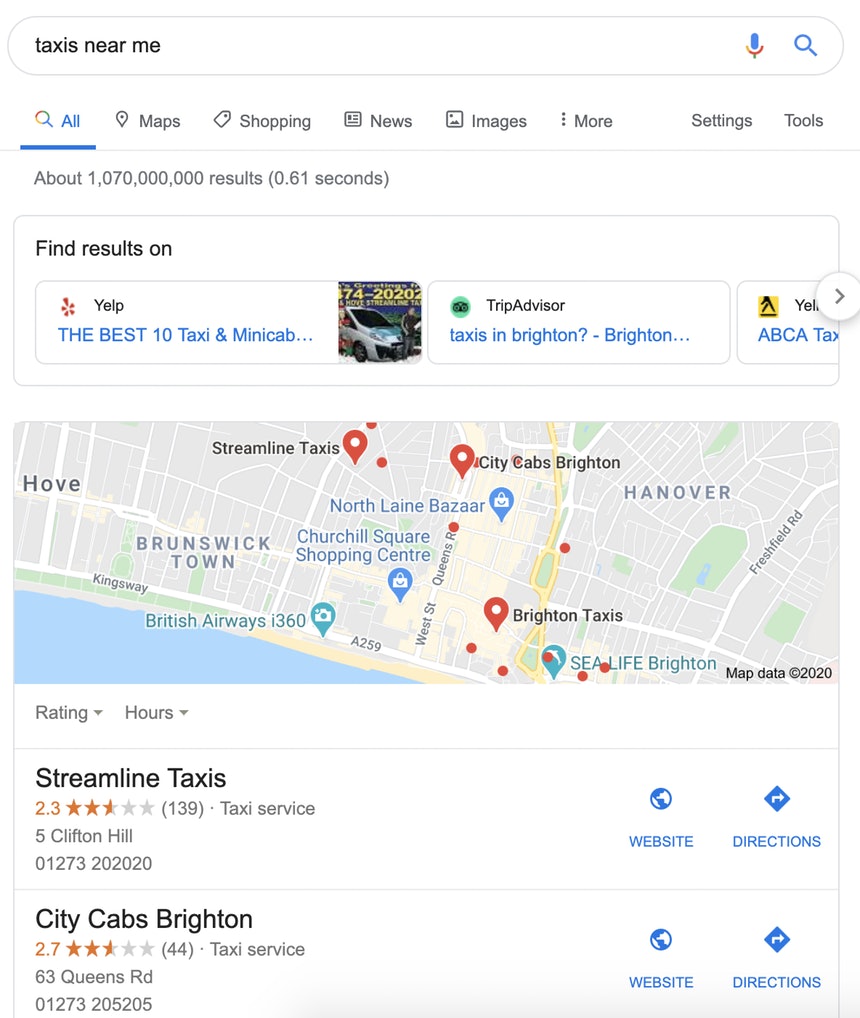 Google has begun notifying site owners that all websites will be transitioned to the mobile-first index within the next six to twelve months. This new timeline signals the end of a long migration process that began more than two years ago. Essentially, the mobile-first index treats the mobile version of your website as the primary version, acknowledging the fact that the majority of today’s search traffic originates with mobile users. Sites not optimized for mobile may suffer in search rankings. Google’s recent notifications target sites that need to fix mobile optimization issues. If you’d like to learn more about mobile-first indexing, check out this helpful article from Moz.