In this week’s post, learn about Yelp and TripAdvisor’s new health and safety attributes; a major upgrade for Siri; Google’s updates to Messaging for enterprise; new one-star rich snippet results; Nextdoor’s launch of Business Posts; and a new search engine with a privacy focus.

Earlier this month, Yelp published a helpful blog post with tips for businesses preparing to reopen, advising that businesses make optimal use of business descriptions, photos, service areas, service offerings, and other aspects of a complete Yelp profile in order to communicate clearly to consumers about modified offerings and availability.

In addition, Yelp unveiled a new section of the business profile dedicated to COVID-19 information. In the past, Yelp has added a special banner alert and other features designed to communicate with consumers during the pandemic. In a new “Updates during Coronavirus” section in Yelp for Business, these features are included along with a new set of attributes designed to communicate health and safety measures practiced by the business, such as limited capacity, enforcement of social distancing, contactless payments, and temperature checks. 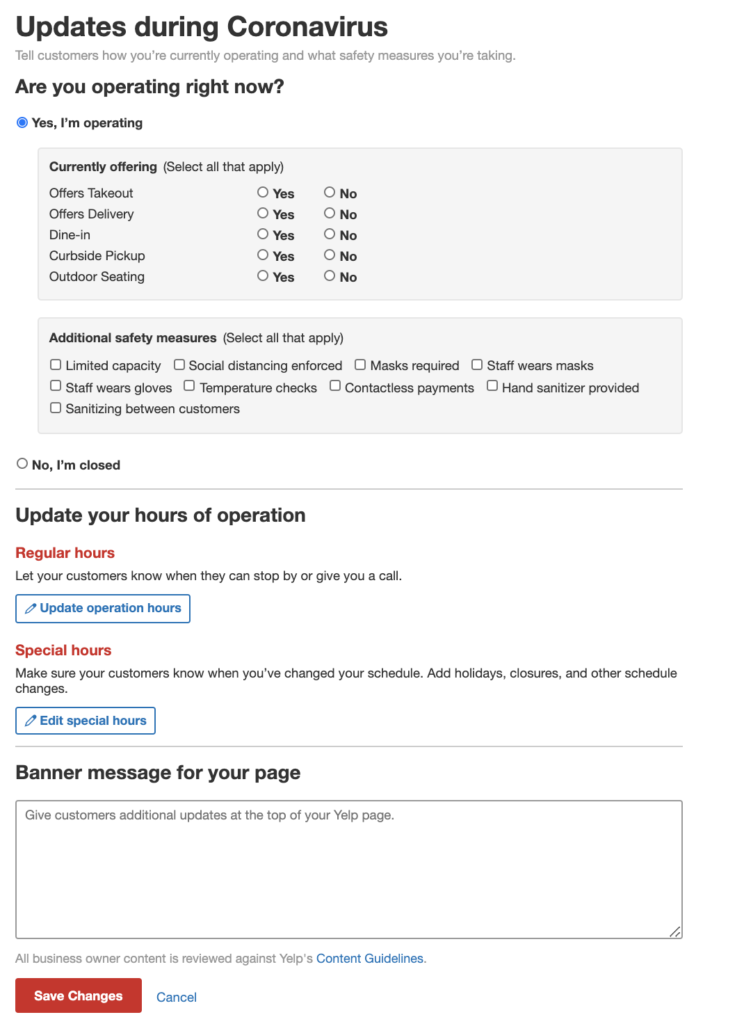 Last week, TripAdvisor announced a new Travel Safe initiative designed to help rebuild consumer confidence. In an email sent to restaurants, TripAdvisor noted that 74% of diners said a checklist of safety measures in TripAdvisor profiles would be either very or extremely helpful. In light of this, on June 30 TripAdvisor will begin allowing restaurants to specify safety measures with a checklist that includes mandatory face masks, regularly sanitized areas, floors marked for social distancing, and other attributes. Health and safety attributes will also be enabled for hotels.

Businesses that fill out checklist information by July 3 will be eligible for inclusion in the initial launch of a new COVID-19 search filter that will help users find businesses that have added safety information. TripAdvisor is also enhancing reviews to gather information specifically about the safety of the business.

iOS 14 to include major Siri redesign

Apple unveiled iOS 14 at its WWDC event last week. Among other updates, the company announced that pioneering voice assistant Siri is about to receive a major upgrade. In addition to some significant gains in functionality in recent years -- reportedly, Siri now supports 20 times more facts than it did only three years ago -- Apple unveiled a new, animated icon that will appear when Siri is invoked, as well as improved support for translation in the form of a new Translate app designed to compete with Google Translate. The app will work offline as well as online. The newly redesigned Siri will also be capable for the first time of sending audio messages.

Apple claims that Siri currently receives 25 billion requests per month, including, of course, queries about local business served by Apple Maps content and augmented by Yelp photos and reviews.

In a recent blog post, Google noted that twice as many businesses are using the Messaging feature in Google My Business as last year. The post noted several recent improvements to Messaging, including smart replies, visual product carousels, and customizable welcome messages.

Though in its initial form, Messaging was only available as a phone-to-phone form of communication making use of messaging apps or the Google My Business app, in recent months brands have been working with Google to trial a new program that makes it easier to manage Messaging at enterprise scale, by means of third party platforms like Podium and Amplify.ai. In the post, Google said it was expanding availability of Messaging integrations with enterprise customer service platforms.

Google cited Woolworths in Australia, Walmart, and MyGov in India as early participants in Messaging for enterprise. Woolworths customers, for example, were able to “search for products and see availability and aisle information at their local store, plus get details about hours and COVID-19 related updates,” according to the post.

Google has a page listing nearly thirty partners who can work with enterprise brands to enable GMB Messaging at scale.

Google testing rich results for reviews with one star

As posted by Vlad Rappoport on Twitter, Google has apparently been testing a variant on rich results for review content in SERPs, where only one star is displayed instead of a number of stars indicating the average rating. Rappoport noticed the single-star results specifically in mobile search results -- where Google seems to trial most new features these days.

I couldn’t reproduce this result myself, but here is one of Rappoport’s screenshots showing the new display. It seems less informative than the multiple star display, but is perhaps designed to make better use of space on mobile devices. 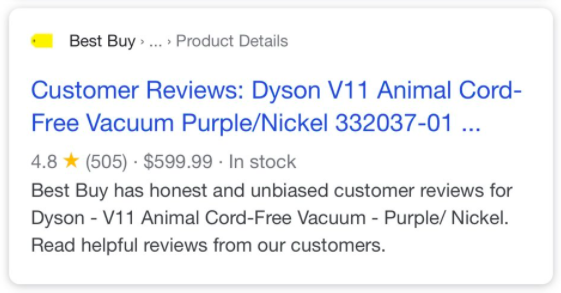 Nextdoor, the neighborhood-based social network, has announced support for free Business Posts for any business with a claimed profile. Businesses are permitted to post twice per month, and Nextdoor says posts will instantly reach consumers who live within two miles of the business. Nextdoor recommends that businesses use Business Posts to share updates on the status of the business, such as “We’ve reopened” or “We’re offering curbside pickup,” as well as letting local customers know about your safety precautions or help you’re offering to first responders and others.

Nextdoor has also announced the launch of a new dashboard for businesses that will help track business page performance as well as views and clicks on Business Posts and Local Deals, as well as new app functionality for businesses allowing business owners to make updates from their phones. 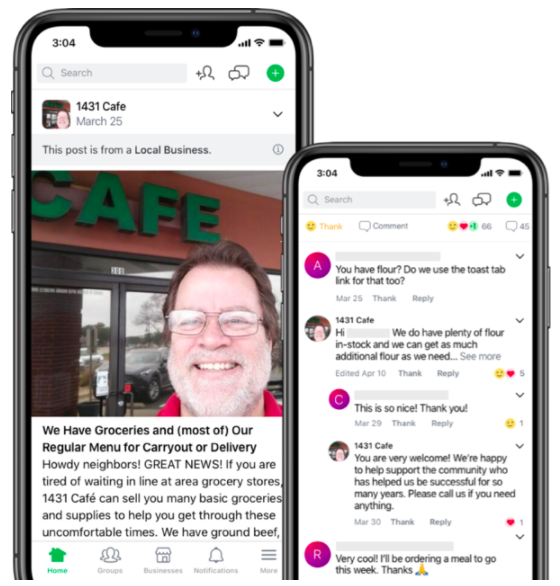 Neeva, a new search engine launched by Sridhar Ramaswamy, a former Google executive who once ran Google’s advertising division, has garnered a lot of press in recent days. The search engine is focused on user privacy and personalization. Though free to start, it will soon require a subscription, projected at less than $10 per month. Neeva makes use of content from Bing, Apple Maps, Weather.com, and other sources, and will show no ads.

In a post on the Localogy blog, Charles Laughlin noted that Neeva has garnered support from major Silicon Valley investors on the strength of its proposal that search focused on personalized results and uncluttered by ads will offer something other search engines can’t currently match. Laughlin surveyed local search experts Mike Blumenthal, Andrew Shotland, and David Mihm about Neeva’s chances; in general, they agreed that competing with Google is a long shot, but that a strong privacy-focused contender -- with a useful local search offering -- stands a chance of garnering a significant niche audience.