In this week’s update, learn about signs of pandemic-based long-term changes in shopping; how the Local Finder differs from Google Maps; more about hiding your GMB phone number; Google numbers in GMB profiles; a mapless Local Pack; new tools for travel marketers; and the demise of Posts … but not in GMB.

A new report from Think with Google tracks certain changes in shopping behavior that began during the pandemic and are now showing signs of long-term survival as we head closer to a post-pandemic reality. The report identifies four major behavioral trends. First, “digital inspiration” is more often the starting place for a shopping journey, with consumers saying they discovered new brands during the lockdown, and 70% of consumers reporting they have purchased something from a brand after seeing a video on YouTube. Second, shoppers are focused on “supportive spending,” or directing their online searches towards “ethical brands” (up 300%) and “ethical online shopping” (up 600%).

Third, consumers have been acclimated to a higher level of convenience than ever before, with searches for “along my route” up 1000% and curbside delivery up 3000%. And finally, if the unpredictability of the last several months continues, shoppers may take on new hobbies and practices in a way that will cause dynamic shifts in shopping preferences. For example, Google has seen a 600% increase in searches for “patio heaters” as people, seeking variety, began having meals outdoors in greater numbers.

How the Local Finder differs from Google Maps

BrightLocal’s Mark Crowe explains some of the differences between Google’s Local Finder and Google Maps in a new blog post. He notes that the Local Finder is triggered by specific searches, such as “plumber near me,” and thus tends to present a narrower but more detailed set of results, whereas Google Maps, more oriented towards navigation and discovery, offers a range of options based on the category you may be interested in or the area you're in. Fundamentally, this difference is driven by the fact that the Local Finder is part of Google’s Search platform, whereas Maps is a completely different interface.

This can be confusing, of course, because so many of the features of business profiles, originating in Google My Business, are shared by the two platforms. There are many subtle differences, though, in the presentation of results, such as the fact that the map presented to users in Google Maps defaults to a larger geographical area than the map in the Local Finder. As far as usage is concerned, Maps users are more likely to be on their phones and are more likely in a browsing or discovery mode.

Research has shown that ranking can differ significantly between the Local Finder and Google Maps. For Crowe, this means emphasizing a somewhat different set of tactics to rank in one platform compared to the other. It’s an interesting angle, but I’d suggest that best practices for GMB optimization will help you in both platforms, and it’s likely overkill to think too much about optimizing differently for each of them. However, it’s good to be aware of the distinction, especially if you see performance differences for your listings in one platform compared to the other.

More on removing your phone number from GMB; some users seeing Google number in GMB profiles

A few weeks back I mentioned that, if you should want to do this, you can now hide your phone number with a toggle that appears in the Search interface for managing your GMB profile. Now, Joy Hawkins has a writeup on the same topic, with a bit of additional info, including the smart suggestion shared by Mike Blumenthal that farmer’s markets would be a legitimate example of a GMB listing where there may not be someone around to answer the phone. Also, if you do elect to turn off your phone number, users making suggestions through “Suggest an edit” won’t be able to add it back again, which is useful.

Also in GMB phone number news, some users are seeing Google phone numbers showing up in listings with a flag that says “Google number” and a popup that reads, “Google Numbers help businesses provide better customer service by allowing merchants to see their call history.” But the display may only be visible to users logged in and viewing listings they manage, rather than to the general public. So perhaps it’s meant as a notification or reminder to business owners that call history is active in their account. You may recall that the call history feature, still in beta, was launched in 2020 to help businesses track inbound phone calls by date, number, and duration. 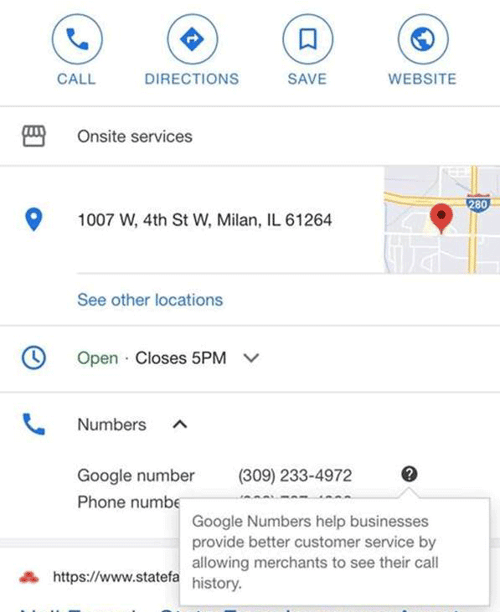 Some users have spotted Local Packs with no map in Google search results, including Justin Moseback and Andy Simpson who shared screenshots on Twitter. No news yet as to whether this is a test or a bug.

Hmmm not all 3 packs have maps 🧐 #localseo pic.twitter.com/4fFKy17z6m

Google launches a new set of tools for travel marketers

Google has created some free tools to help travel marketers leverage search data around destinations and hotels, during a time when travel searches are hitting all-time highs. Under the heading Travel Insights, these tools include four components: Destination Insights, Hotel Insights, Focusing Facts, and Demand Sizing. For example, with Destination Insights, you can input a home country, a destination country, and a date range, and Google will display travel demand data for the destination. Setting the origin to “Worldwide” and the destination to “United States” shows you which countries’ citizens are most interested in visiting the United States, and which cities they want to visit (Las Vegas is the big winner, followed by Miami, New York, and Los Angeles).

Hotel Insights helps hotel marketers attract new guests, offering data on the breakdown of searches for a hotel’s location across international and domestic travelers, and highlighting specific areas where demand is strongest. Travel Insights tools are available on a dedicated website. 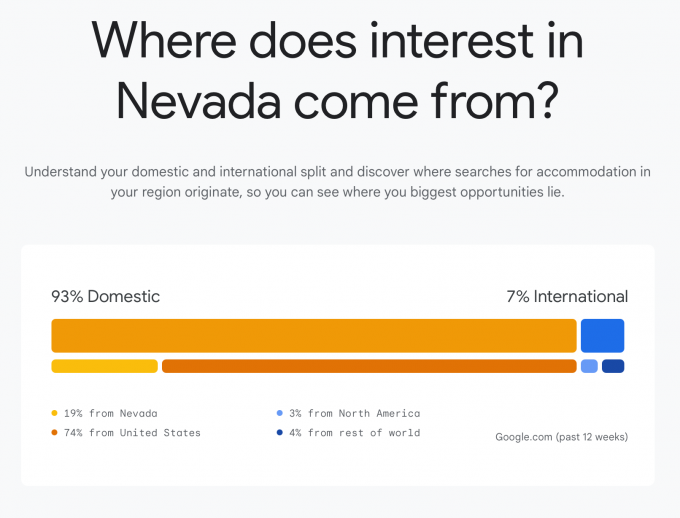 Google is eliminating Posts ... but not in GMB

On July 20, Google will disable Posts for Knowledge Panels. But before you get worried, this has nothing to do with Google My Business. We’re talking here about the less-well-known feature that allows celebrities, public figures, sports teams, corporations, and others to verify the Knowledge Panel that compiles the Knowledge Graph’s information about them. Up until now, those with verified Knowledge Panels had access to a Posts tool that operated similarly to GMB Posts. But apparently this feature has not been especially popular, and Google has decided to axe it. Rest assured that Google Posts for GMB are still around and going strong!