Before we dive into what trends we think will be essential to focus on in 2019, it’s important to recap what happened in 2018.

It’s been a tumultuous year to say the least in the local search universe, with lots of changes and updates to keep track of among the top local publishers. This year we saw, among other things:

These were some of the major stories. Interspersed within them were dozens of smaller changes impacting the day-to-day local marketing strategies of brands.

For Brandify, it was a momentous year as well, marked among other things by an expanded partnership with Yelp, a new relationship with Trip Advisor, and a significant revamp of our technological platform bringing with it many improvements and new features, in particular the addition of machine learning and artificial intelligence tools that help brands engage more effectively with consumers at scale.

1. The importance of strategic differentiation

As the new edition of Local Search Ranking Factors in November made clear, strategic differentiators are the most important focus points for local marketing today. Gone are the days when merely getting your business listed on a ton of third-party sites could get you ranked highly in local Google searches. These citations still matter, but along with other foundational factors like proper category selection, they can only ensure that Google will list your business accurately and surface it for the appropriate keywords. All of your competitors are probably doing the same things these days.

In order to stand out in 2019, you need to delve into the additional content and consumer engagement opportunities Google and other sites now make available, including review monitoring and response, photo and video posting, and additional content fields like business description, special hours, and menus. Engaging with customers who review or ask questions about your business is increasingly important.

In order to stand out in 2019, you need to delve into the additional content and consumer engagement opportunities Google and other sites now make available

Google Posts, one of the most talked about strategies in the Ranking Factors report, did take a hit after September, but they remain a good opportunity for many businesses to convert users directly from Google listings and to gain an advantage over the competition.

As a great illustration of the usefulness of Posts, I’m in the market for new tires for my Volvo, and I thought I’d try a different tire place this time around. I made my choice entirely on the basis of some compelling Google Posts in the listing below that really made this business stand out. As you can see, Post content is much more prominent today in the Google Maps app than it may be in the Knowledge Panel on desktop.

We know that all of this is leading up to something -- GDPR, CCPA, the recent wave of news stories about privacy breaches and practices around the sharing of personal data that make many consumers uncomfortable. And we know that two of the most important companies in local, Google and Facebook, derive a significant part of their revenue from ad targeting based on personal data.

What we don’t know yet is exactly what the impact will be. In part, this depends on how companies impacted by the new regulations will choose to respond. They could preemptively reduce their emphasis on personalization, location tracking, and related features. For example, it’s possible that the personalized recommendations provided in the Google Maps app will see some change in light of new concerns about privacy.

But it’s more likely that Google and others will focus more surgically on the aspects of data gathering and sharing that have the greatest “creep factor,” as Joe Zappa termed it in a recent piece on Street Fight. Consumers seem most bothered by data gathering they are unaware of; in other words, the type of gathering that is precisely the opposite of a feature like personalized recommendations, which is a visible and obvious part of the Google Maps interface.

One way to address privacy concerns while protecting their business model would be for Google, Facebook, and others to simply be much more clear and explicit about what data is gathered and how it is shared with third parties, and to make it much easier for users to turn such features off. Indeed, they will probably have to do this under CCPA.

But the second important factor here is the consumer. Controls around privacy and data sharing will only have a strong impact if enough consumers decide to use them. In this light, it’s worth noting that even though Facebook’s user growth has flattened somewhat in recent quarters, it still added 24 million users in Q3 2018, even in the face of privacy scandals such as Cambridge Analytica. Consumer desire for social and local apps and services may ultimately outweigh privacy concerns, but this remains to be seen, and this is the drama that we will see play out in the coming year.

3. Moving “beyond” the interface 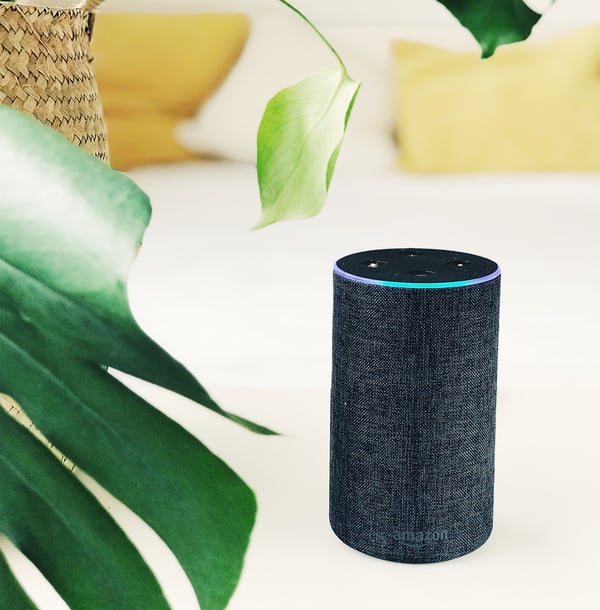 If the growth of new technologies happens in phases like the growth of a person, I think it’s fair to say that 2018 saw voice technology enter its adolescence. We’ve certainly moved past the halting first steps of childhood, when Siri couldn’t understand you half the time. But voice also hasn’t reached full maturity. There are too many things you still can’t do easily and points of integration that still haven’t been fleshed out.

At first blush, voice interfaces seem to promise a world where the interface itself disappears from view, and you as a user are interacting with technology only to the extent that you need to in order to answer a question or complete a task. There are, of course, two problems with this concept: first, voice is a type of interface, so it isn’t really the case that we’re moving “beyond” something. Second, will a technology really continue to gain adoption if it doesn’t get stickier over time? Isn’t the time we spend interacting with a new technology at least one important measure of its success?

Because questions like this are still unsettled, 2019 is sure to be an interesting year for the advancement of voice technology, and indeed for other developments that expand our concept of the human-computer interface, such as visual search, just released by Google for the iPhone a few days ago (it’s been available on Android for some time).

I’ve thought for some time that we are actually moving in a direction where our digital assistants are becoming disembodied, in the sense that they will someday be available to us across multiple interfaces and thus won’t be tied to any device in particular. If you’ve seen the Spike Jonze movie Her you’ll have an idea what I mean. But if this move does occur, it will happen slowly and will have to overcome a lot of fragmentation. In the meantime, we will likely see alternative interfaces like voice get smarter and more useful.

This probably means that support for local search will get more sophisticated and that opportunities for businesses to make themselves available to consumers will increase. Thus far, voice optimization requires little more than good standard local SEO, but I expect this will change and voice-specific strategies will emerge before long.

This probably means that support for local search will get more sophisticated and that opportunities for businesses to make themselves available to consumers will increase.

Predicting the future should always be done with caveats. First, some of what I’ve discussed may not come to pass. Second, I’m sure there are obvious points I haven’t covered -- we know, for instance, that Google is likely to roll out a dozen new features in local, if recent history is any indicator, and that some of these may lend themselves to critical marketing strategies in the coming year. But I anticipate much of our focus will indeed be on the three topics I’ve highlighted: strategic differentiation, privacy, and moving beyond the limits of traditional interfaces.

Stay tuned and if you haven’t done so, subscribe to our blog to stay up to date on the local marketing news that matters

Expert Predictions for Local Marketing in 2016

2017 Predictions and Prep: How AI Will Transform Local Commerce

2017 Predictions and Prep: What’s Next for Google Local SERPs