Can Apple Maps Catch Up to Google Maps with iOS 10? 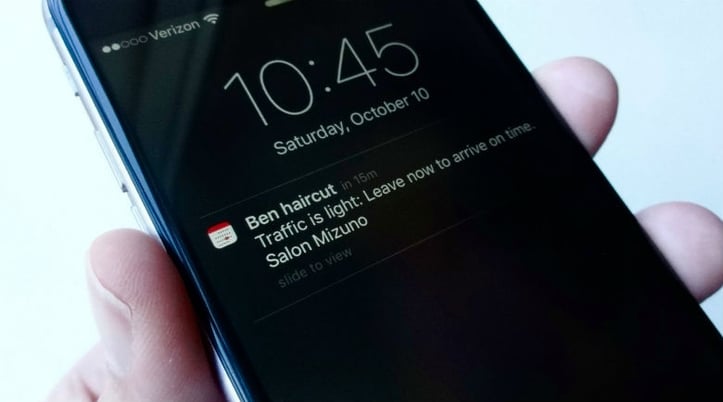 When Apple Maps launched back in September, 2012 with the release of iOS 6, it was considered inferior to Google Maps by many users. Over the following years, Apple Maps has struggled to catch up to Google, but with the release of iOS 10, it seems like Apple Maps is reaching a point where it is worthy of competing with Google Maps. While Google may still hold users’ favor, Apple has recently made some significant changes to its UI and functionality that are worth considering. Here are three Apple Maps upgrades that could make it the go-to for iOS users and make it an essential to your location data distribution strategy.

Design
The new Apple Maps interface provides more valuable information that users care about, presenting brands with a huge opportunity. When searching for nearby locations, a user need only swipe up in order to find more information about a particular business, such as phone number, website, address, store hours and reviews. Brands can showcase their customers’ positive feedback and provide additional details about the location by claiming relevant categories. 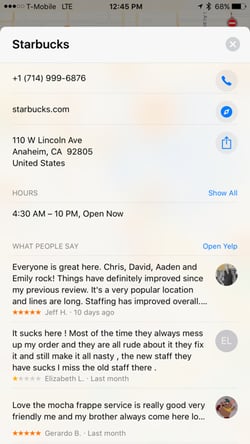 The iOS 10 Maps update also makes it easy to save a location as a favorite spot, or to rename a location that you visit frequently, such as “Home,” “School,” or “Work.” Whereas, older versions of Apple Maps made it a frustrating experience to save favorite locations and often proved buggy when attempting to map directions to one of those destinations, iOS 10 has seemed to resolve these issues. 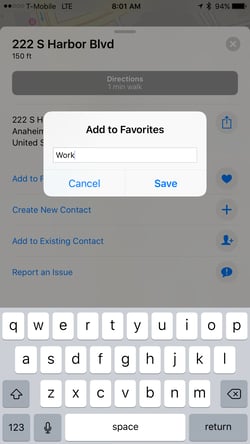 In order to favorite a location, users simply need to type in the address, scroll up and tap the heart icon, at which point a text box appears for a user to rename that location, which makes it easier to search for it in the future. Rather than remembering the address or searching for that particular spot, a user can enjoy a more personalized experience by simply typing their own nickname into the search box in order to populate directions.  With the ability to simply search for “Tuesday Pizza Night” or “Fav Shoe Store,” consumers are weeding out competing brands in the search results and creating a seamless online-to-offline journey straight to your storefront, provided your location data is accurate and up-to-date.

User Friendliness
While Google Maps is currently the only maps app that allows you to create multi-stop trips, Apple’s ability to create pit stops along the way have these two closely tied in the category of user friendliness. Both Google and Apple Maps sync with a user's calendar to provide reminders when a calendar event is approaching, but Apple Maps alone sends notifications based on the transit time that it will take to get from a user’s current location to their calendar destination, which earns Apple Maps some major brownie points when it comes to users with a busy schedule.

With Apple Maps open to developers, the app’s directional accuracy is beginning to improve. Apple Maps search results populate quickly and promptly pinpoint a user’s location as a point of reference for directions. The speed and ease of use is certainly an improvement for Apple Maps, the result of sharpened data, third-party integration and experienced developers working to bring Maps up to speed; and comes as a relief to many iOS users who know the frustration of passing an exit or missing a turn due to the lagging Apple Maps results. 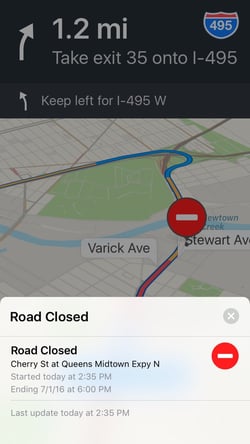 For those whose lives and schedules revolve around iOS devices, the improved functionality could push them into complete non-iOS exclusion. For brands, this opportunity prompts the need to optimize location data and reviews for these avid Apple Maps users to access within app.

Nearby Locations & Third-Party Integration
The Apple Maps update incorporates a new search bar with a swipe-able panel at the bottom of the screen. Tapping on the search bar allows users to choose between a variety of nearby options, such as food, drinks shopping or travel. Brands have the opportunity to appear as a nearby location through subcategories, which are offered to users as an extension of nearby services. 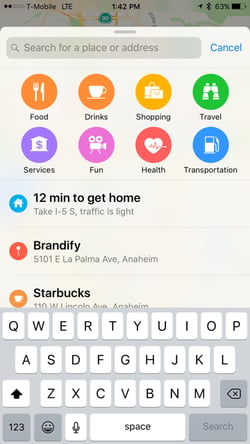 After picking a nearby spot, iOS 10 enables users to solidify their local intentions by booking a reservation or hitching a ride through a ride-sharing services likes Uber and Lyft. While Apple is working hard to keep users in-app, users do need to download third-party apps such as Uber or Lyft in order to utilize these Apple Maps features. 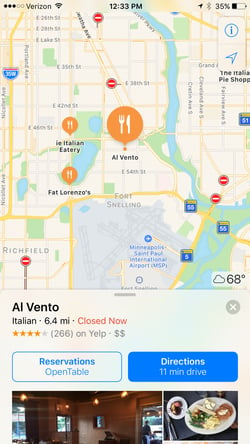 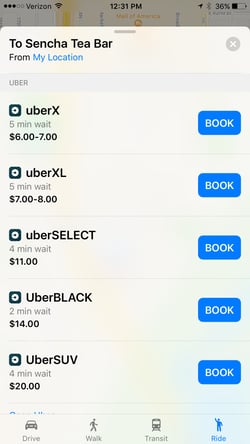 Apple’s’ revamped UI and improved data may put Apple Maps into the same ring as Google, but its ability to take down its reputable competitor may not be such an easy task. As Google moves closer to a predictive, AI-first user experience, Apple’s Siri may not be equipped to keep pace. Ranking for keywords and categories in Apple Maps is still a bit of a mystery, as are the significance of reviews and meta data. While Apple Maps may have seen a significant improvement with iOS 10, there is still much work to be done in order meet consumer expectations and keep up with the industry.

The reality is that users are using Apple Maps, Google Maps or even both. Brands must verify location accuracy, claim relevant categories, and maintain an active local-social presence in order to be found by consumers, no matter how they search. Audit the accuracy of your  brand’s location data with Brandify’s free Multi-Location Quick Scan today.