A few weeks ago, Google added the following notice to the help documentation for GMB Insights: “We’ve recently expanded our approach to how we capture your insights data for the search chart. Some businesses may see a change in volume.”

There was some talk about this on the Local Search Forum back in August, as well as a writeup from Barry Schwartz on Search Engine Roundtable. In the forum, Joy Hawkins reported on information she received from Google indicating that more kinds of searches were now being counted in the Direct Searches metric. The new counts included searches like these where data is drawn from the GMB listing, but displayed in a different context:

Now, with the benefit of several months of historical data across thousands of brand locations, Brandify can report on the exact impact of the change in Google's metrics. After analyzing 13.7 billion Google data points for the period from June to September 2018, we’ve noted that although Direct Searches saw the most obvious and seemingly significant uptick, with an increase of 228% from July to August, Discovery Searches increased noticeably as well, especially when viewed in comparison with other metrics. In the same July to August period, Discovery Searches in our data increased by nearly 40%. 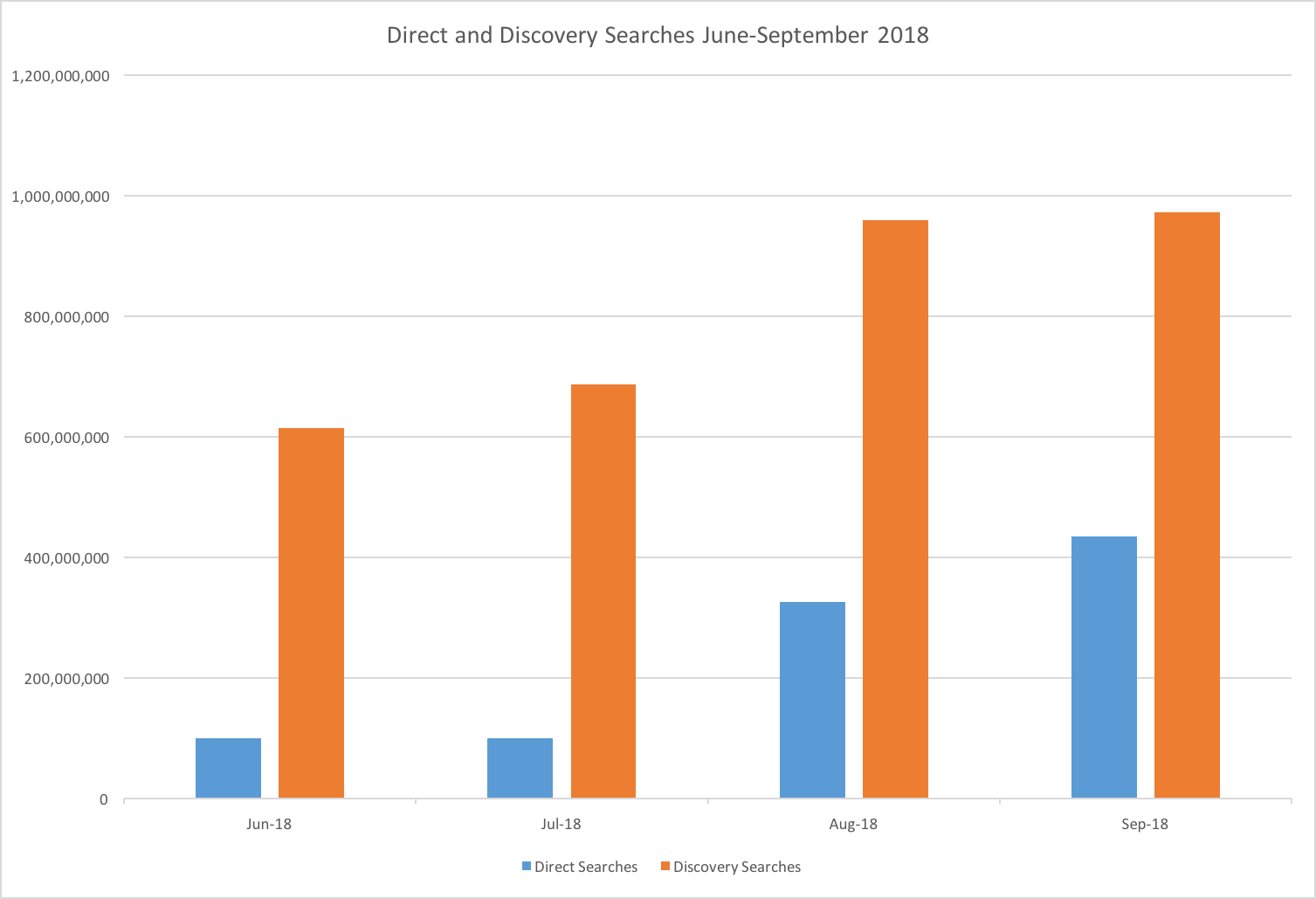 Placed in the context of the major GMB metrics we track for clients overall, including Discovery Searches, Direct Searches, Map Views, Search Views, and clicks for Calls, Directions, and Website, the data shows that Discovery and Direct Searches were the only data points that grew during this period.

We also took a look at Discovery and Direct Searches as a proportion of the overall volume of activity in the major GMB metrics. In the result below, you can see that Map Views continue to be the dominant data point in terms of overall volume. Maps Views themselves, as you may recall, saw their own significant uptick one year ago when Google adjusted its method of counting that metric.

As another way to visualize the changes, the chart below shows the uplift in Discovery Searches for multiple brand clients sampled during the June to September time period.

The chart below captures the dramatic increase in Direct Searches over the same period. 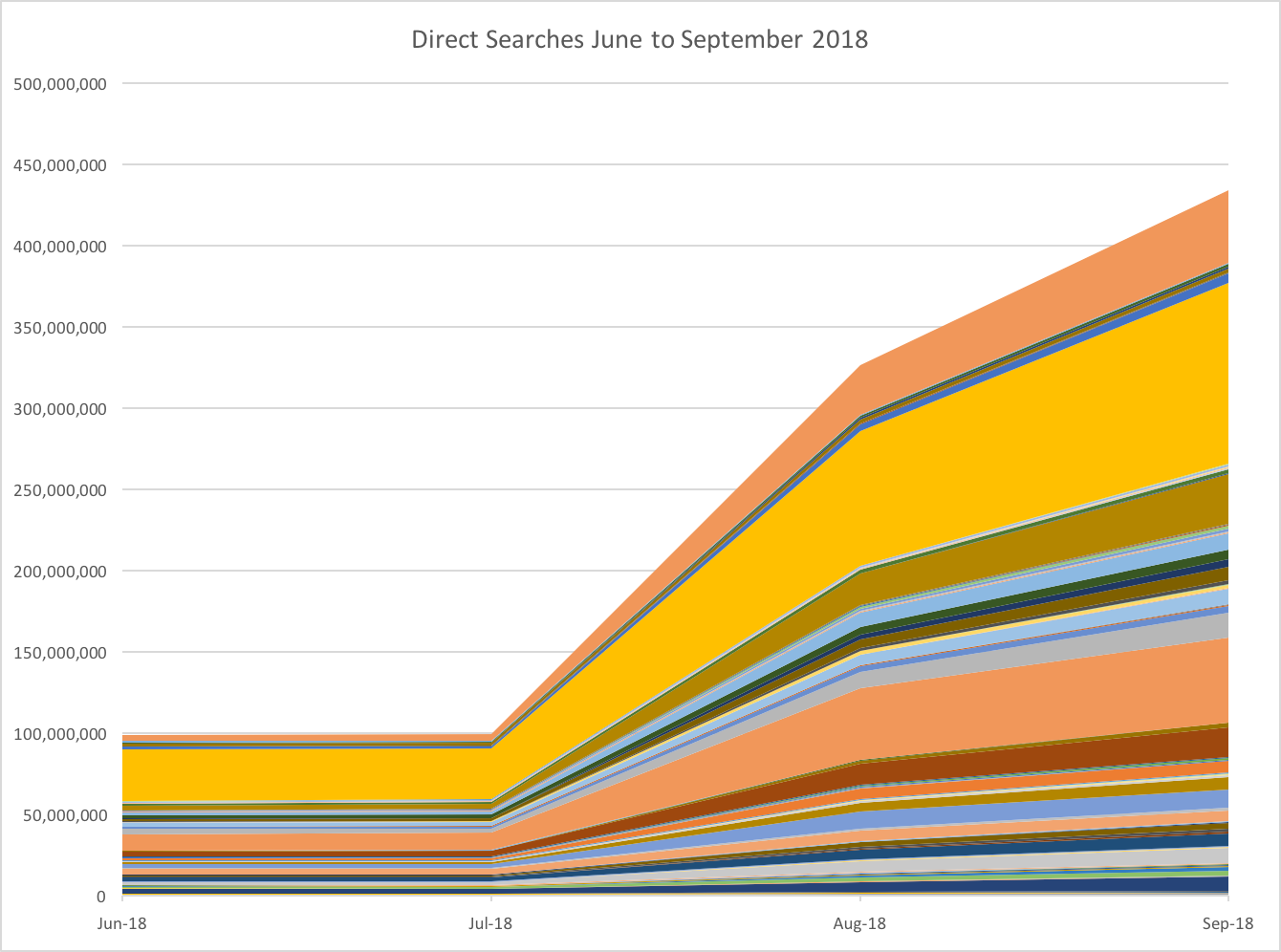 Our study included a broad range of brands from multiple verticals. For an indication of how each vertical was affected, see the table below.

Google has reported that historical data will not be modified. Brands should be prepared to adjust to the new paradigm for search metrics moving forward, and should not attribute the upticks in July and August to anything other than a revised method of counting. If you need help understanding how these changes affect your brand, reach out to Brandify by contacting your account manager or filling out our contact form.