"You can't connect the dots looking forward; you can only connect them looking backwards." -Steve Jobs

This year marks our 20th Branniversary and with this monumental milestone, we are throwing it back two decades to show how the industry, customers and Brandify has transformed. Scroll down to connect the dots between then and now!

Not long ago, finding a friend, relative or even local business meant digging through a phone book, dialing up an operator, or even depending on television and radio to give geographic information. Forget finding information on the go -- oldschool local search was all about determining specifics of a destination before getting into the car.

Today, the concept of local search still rests on the principal of expedient discovery of local information, but now gives users information that relevant for them specifically through voice. With Google voice search queries up 35 times since 2008, industry experts note that modern local search is so personalized to suit conversational queries of mobile users.

FUN FACT: Brandify has successfully experimented with voice search for local through Brandify Assist. This bot works through Google My Business and unlocks the most relevant results for local voice searchers.

Early internet bots began surfacing in the late 1980's, with the emergence of Internet Relay Chat, and provided specific automated services to early internet adopters.  After time passed and search began to take center stage on the internet, crawler bots became a norm. There has always been a looming fear of the power of bots. When AI and chatbots began to normalize, The BBC predicted that the most commonly held careers are posed a 50% risk of automation by online bots. The number of mobile/bot messaging users is predicted to double to 2 billion by 2019. (Via Chatbot Magazine) 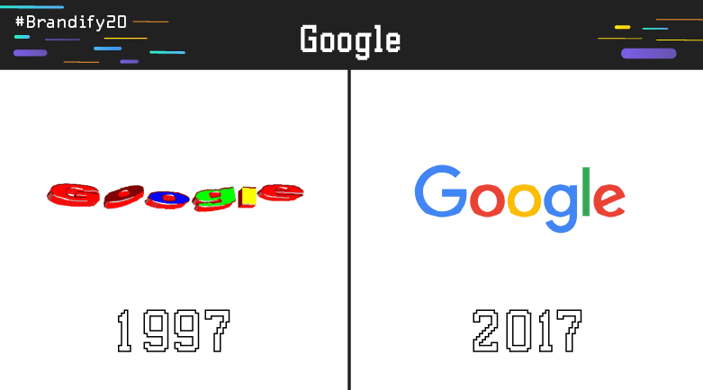 In 1995, Stanford Ph.D candidates Larry Page and Sergey Brin founded Google when learning about the link and graph structure of the world wide web. Page launched one of the earliest web crawlers in March of 1996 and later a pagerank algorithm, which helped to lay the foundation of their search engine “Backrub” (now Google) and later Google Maps in 2005. Today, Google is a component of the recently constructed conglomerate Alphabet, and operates as one of the most experimental companies today, aimed with the same mission it released in 1998-- “to organize the world's information and make it universally accessible and useful.”

FUN FACT: Search engine optimization became more of a focus for enterprises listed on Google by the mid 2000’s. To keep these brands competitive, Brandify launched customized local pages and reputation management solutions to help them get found. 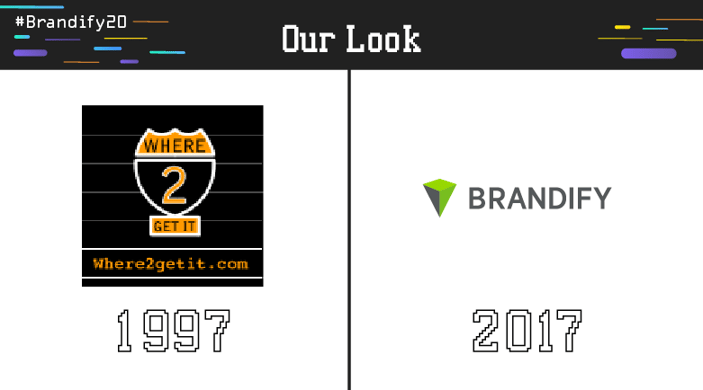 As much as we pride ourselves on our award-winning branding and design, we didn’t always look this way. Brandify started as Where2GetIt in 1997, a local marketing solutions agency that focused on presence management for brands. While our offering has evolved, we like to think that our look and feel have completely transformed. In 2015, we rebranded as Brandify and with that came an entire overhaul of color, style and branding. How do you like us now?

With the tides of Digital constantly shifting and moving, Brandify’s product offering has expanded past traditional methods of localized marketing. From initially focusing on store locators and branded local pages, Brandify has transformed its products and solutions set to integrate review management, geo-targeting on social channels like Snapchat, machine learning, chatbots and more. We even have an app for location management on the go!

FUN FACT: Each one of Brandify’s products has a respective color story and identifier. We have been commended on our brand identity and product set by the American Institute of Graphic artists!

Keep following the Brandify 20 Year series to learn more about the history of Digital! If you have memories to share of your time in Digital or experiences with Brandify, follow and tag #Brandify20 on Twitter!