The Local Layer in Consumer Electronics: What I Saw at CES

I was glad to have the opportunity to visit the Consumer Electronics Show (CES) last week in Las Vegas, where I saw the latest offerings from Samsung, Google, Sharp, Altec Lansing, Bosch, LG, and many other companies -- reportedly 4,500 in all -- vying for the attention of today’s tech savvy buyers.

Conspicuous themes in evidence at this year’s CES included the speed and flexibility of 5G-enabled devices; the cool factor of flexible, bendable phone screens; self-driving cars and smart bicycles; and of course, enormous TVs, including an impressive bezel-free 8K model from Samsung and an incredibly detailed 145” Real Micro LED screen from LG.

Many companies offered advancements in smart home technology, such as NXP, a Dutch company whose semiconductors enable AI-based smart home solutions that can automatically control climate and lighting based on the preferences of individual family members.

According to NXP’s smart home concept, every object and appliance is linked in a network and controlled by a central operating system. The same idea was extended to entire cities by Samsung, whose 5G-enabled Telematics Control Unit (TCU), slated for inclusion in BMW vehicles starting in 2021, is designed to send and receive data from other connected vehicles, pedestrians, and nodes in the urban infrastructure. A demo of the technology showed a father and son in a TCU-powered car driving towards a football stadium, guided by traffic alerts from other vehicles and directed to an available parking spot by linking to data signals from the stadium. 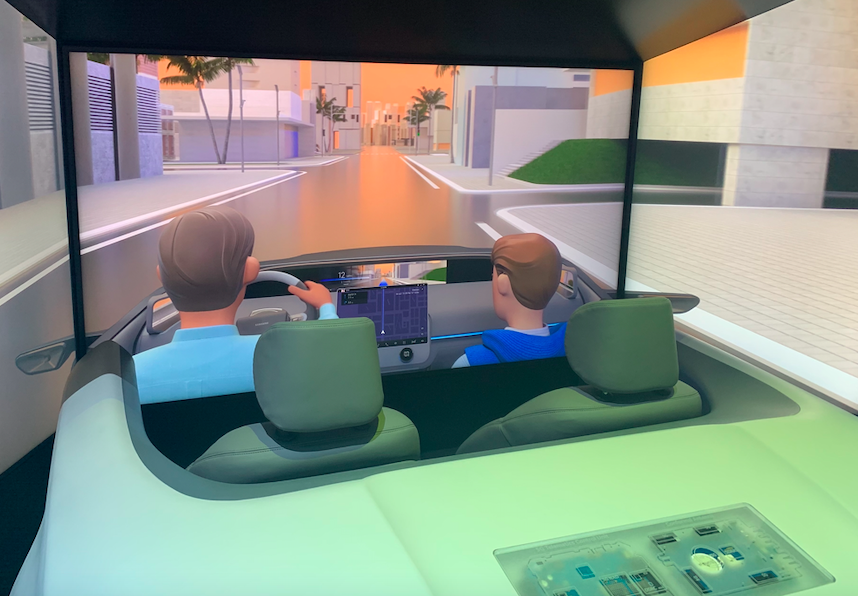 As for Google and Amazon, they went head-to-head at CES with very similar pitches: use our smart assistant to create a network of appliances and devices ready and willing to respond to your voice commands. Showcased items included cars, ovens, refrigerators, robot vacuums, light bulbs, eyeglasses, smart speakers, and of course the aforementioned huge TVs. Just about anything you can think of that could have "smart" added to its name was there at the show.

Also ubiquitous throughout the conference were examples of electronic devices showcasing local search use cases. Local search was, in fact, a default example in many of the exhibits featuring Google Assistant and Amazon Alexa. When Google wanted to show off the capabilities of the Nest Hub, a tablet-like device designed for use with Assistant, it did so by highlighting their ability to display a “speed dial” list on the home screen so that any family member can quickly call common numbers such as that of the family pediatrician.

Similarly, a series of videos and live demos showed family members interacting with the Nest Hub and other devices in order to book a table at a romantic restaurant, call a pizza place to report a problem with a delivery, or get directions to a local jeweler. 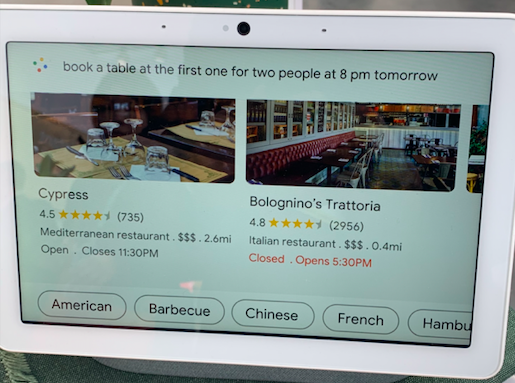 It's clear that whether electronics makers are focused on smart homes, smart cars, or smart cities, inherent in all of these models is the need to connect consumers with local businesses.

Given the evidence at the conference, we can expect in the near future to be increasingly removed from the need to be tied down even to our phones as the primary means of searching, navigating, and transacting business. We'll be able to make these connections from a multitude of devices depending on need and context.

That's if consumers buy into what tech companies are selling and are comfortable with the tradeoffs, such as the possibility of being tracked and monitored by an ever greater number of devices. But Google, Amazon, Apple, Samsung, and others obviously feel the market is ripe for a new era of connectivity.