Think with Google looks towards 2020

Think with Google has released a set of documents titled “2019 research review: Insights we uncovered in 2019 that will take you into 2020.” The publication names five major themes for 2019 that will carry forward into the coming year: “Consumer journeys are becoming increasingly complex”; “New media channels are emerging”; “Satisfying immediacy is often more important than loyalty”; “Traditional industries are transforming with digital”; and “Standards are being raised in privacy and digital wellbeing.”

Within each theme, the Think with Google team provides multiple pages of research data, with filters allowing the user to drill down to specific industries, advertising channels, marketing resources, and the like. You can also navigate to repositories of editorial content from the Think with Google team from the past year and beyond. For instance, if you filter by “Automotive” within the “Search” collection, you’ll see 49 relevant editorial posts and 54 data points. 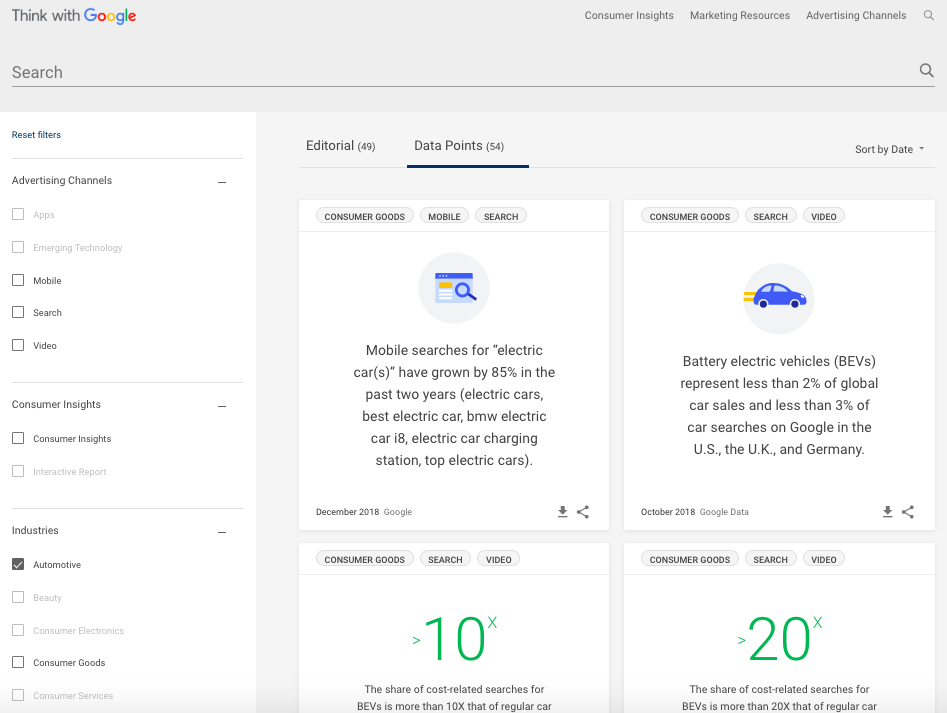 Google has announced the addition of incognito mode in Google Maps for iOS. Android phones got the update back in October. At the time, Google claimed that incognito mode would help you control your online privacy by preventing Maps from saving your search history, sending notifications, tracking your location history, sharing your location, or providing personalized features. Unlike Chrome, you can’t open a separate instance of Maps in incognito mode; instead, you have to switch the entire app to incognito.

Google also announced that next month, the Android version of Maps would get an update allowing users to delete their entire location history in bulk at any time. Back in May, Google added the ability to set your location history to delete automatically every 3 or 18 months.

Back in May of this year, Google added real estate agents, financial planners, and attorneys to the list of business types that were eligible for Local Service Ads. The only cities in the initial launch were San Diego and Houston. Now, Local Service Ads for real estate agents have been spotted for the first time in Austin and Atlanta by Matt McGee and Tom Waddington. Like other ads of this type, these appear in a carousel at the top of the search result page for relevant local searches. A user who clicks on any ad will be taken to a profile page for the business. Users who click for more results at the bottom of the carousel visit a search page with additional options, such as the type of home purchase the user is interested in.

Notably, many of the ads I see for real estate agents and financial planners are part of the new Google Screened program, which launched back in August with the stated intent of including real estate, attorneys, and financial planners as its first participants. When Google Screened was first announced, it was said to be rolling out only in San Diego and Houston; clearly that program has expanded at least to Austin and Atlanta as well.

Google seems to have recently updated the service area options in Google My Business to include support for Metropolitan Statistical Areas (MSAs). An MSA is a federally designated area of concentrated population that often extends to more than one county but has a large city as its center. Examples include New York-Newark-Jersey City, Boston-Cambridge-Newton, and San Francisco-Oakland-Berkeley. Previously, users could indicate their geographical coverage using zip codes, city or town names, county names, and even entire states. The addition of MSA as an option should make it easier to describe your service area if you cover a large metropolitan area that goes beyond a single zip code or county.

Waze’s popular road hazard warnings for commuters now includes “unplowed road,” a new feature created in collaboration with the Virginia Department of Transportation and live in all 185 countries where Waze is available. Users can report unplowed roads during snowy conditions as a warning to other motorists. The feature joins other inclement weather warnings such as fog, hail, flooding, and ice on the road. 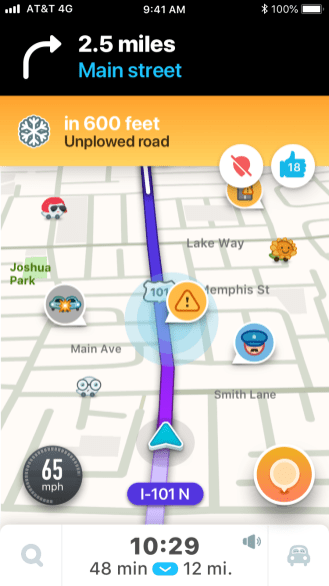 In a thread on Twitter, several local SEOs, including Mike Blumenthal, Carrie Hill, and Tom Waddington, reported seeing a review carousel in Google listings, though only for a few select results, such as certain insurance agents in Ontario. The carousels displayed both on desktop and on mobile. Carrie Hill was also able to get the carousel view to show when searching for “best cafe to use laptop Denver,” where it appeared with a “Related to your search” flag at the top, suggesting that at least in that case, the carousel was being used as a way to showcase reviews that discussed the topic she searched for.