This week, learn about the new attitude towards local citations (or channels); Pinterest’s updated visual search technology; Google’s changes to review snippets in search; TripAdvisor’s efforts to block fake reviews; and the demise of SMS in GMB Messaging.

The local citations (or channels) that matter

Greg Sterling at Search Engine Land has published another roundup of opinions from prominent local SEO practitioners about the ongoing value of citation building. As you’ll have seen, this has been a hot topic of discussion in the local SEO community for the last several weeks -- though in many ways it’s really just a recognition of a broader trend that has been building for years. In the article, many experts noted that there is still value in building local presence on the most prominent directory sites, as well as on niche directories, particularly those that rank highly for searches relevant to your line of business. By implication, their comments suggest that the value of traditional citation building for its own sake has diminished.

I’d observe that in most of the comments collected for the article, the experts speak of citations in a very different light from their traditional definition as consistent mentions of your business collected and collated by Google’s local index. Instead, local SEOs are treating citations today more as independent or semi-independent sites, each of which generates significant consumer traffic.

In a column out on Street Fight today, I suggest that these independent sites should really be called “channels” rather than “citations.” In fact, at Brandify we’ve just completed a new chart (see below) depicting the most important local channels and the interrelationships between them. Check out my Street Fight column to learn more! 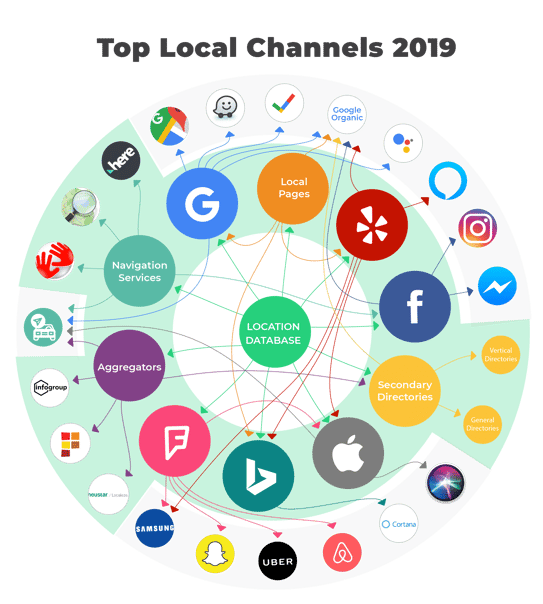 Pinterest, the popular photo sharing network, has announced a major upgrade to its visual search technology. The company claims it can now identify 2.5 billion fashion and home products within shared photos, linking them to Shoppable Pins that allow users to purchase those products online. Essentially, the company is using visual recognition software to link photo sharing to ecommerce, a ripe area for revenue generation within a social network that is well known for users who like to save and share home decorating, fashion, and other product-oriented ideas in the form of photo-based Pins. 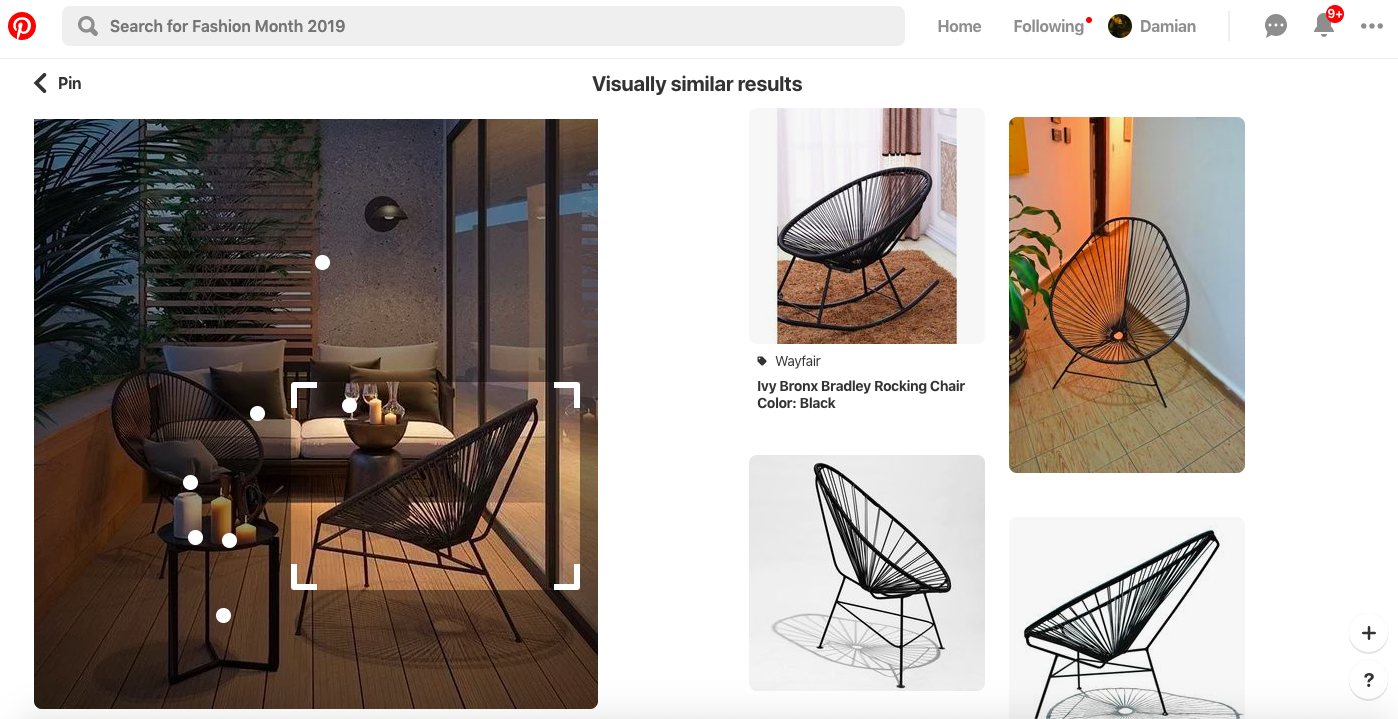 Here, I use Pinterest’s Lens tool to highlight a chair in a home decor photo; Pinterest suggests matching Pins including a Shoppable Pin from Wayfair.

Many businesses whose products lend themselves to visual presentation are already highly active on Pinterest along with other visually-oriented sites and apps like Instagram and Snapchat. All businesses, though, should take note: visual search is a growing trend that will likely encompass an ever-growing range of use cases. The time is not far off when taking a picture of a car, haircut, pair of glasses, or any product or service you’re interested in will be a common entry point for search.

In news that was widely reported and discussed in the local SEO community, Google announced last Monday that it would no longer publish review snippets for local businesses or organizations that publish reviews on their own websites. Review snippets are prominent displays showing average star rating and review count that can appear in SERPs when a web page publishes reviews and marks them up according to Schema guidelines:

According to Google’s new update, it’s now considered “self-serving” to publish reviews of your own business on your own site; you can still do so, but marking them up with Schema tags will no longer get you review snippets. There’s an open question as to whether Google will actually remove review snippets from all sites that previously displayed them, although search tracking companies are already detecting a notable drop in sites displaying review stars in search, and Google’s Danny Sullivan posted toward the end of last week that the change was rolling out gradually and would soon encompass all relevant sites. Presumably, review snippets in Knowledge Panels will be removed as well. From all we know at this point, there is no rank penalty associated with leaving Schema tags in place.

As to what this means for businesses: review snippets represented one of the many benefits of gathering first-party reviews and publishing them to your business website or store landing pages. The other benefits remain: first-party reviews let you take the pulse of your existing customers, and act as authentic testimonials that help potential customers learn more about you. They also provide the SEO benefit of adding fresh content to your site on a regular basis, and in most cases should increase the conversion potential of your website. All in all, there are many excellent reasons for businesses to implement a first-party review strategy, even though (for now) review snippets may not be one of them.

TripAdvisor claims to have blocked nearly 1.5 million fake reviews in 2018, according to a new report from the company called the TripAdvisor Transparency Report. The report finds that 97.9% of the 66 million reviews published on TripAdvisor in 2018 were authentic. Among the reviews flagged as fake, 91% were biased positive reviews, 6% were biased negative reviews, and 3% were fake reviews. TripAdvisor uses a combination of machine detection, human moderation, and community flagging to combat fake reviews, which it defines as any review “written by someone who is trying to unfairly manipulate a business’ average rating or traveler ranking, such as a staff member or a business’ competitor.”

Monday Memo: Coronavirus and the Role of Digital Search, Trust in Google on the Rise