This week's Monday Memo covers Grubhub's acquisition of restaurant websites; Google's new Shoelace app; the expansion of the Products section in GMB; the disappearance of Google reviews in May and June; the relevance of "likes" in Google reviews; user experience as a ranking factor; and John Mueller's new Q&A series.

Grubhub is buying up restaurant websites by the thousands

According to a report from the website The New Food Economy, Grubhub has purchased as many as 23,000 web domains under the names of local restaurants, with its subsidiary Seamless owning thousands more. Mini-sites on these domains direct consumers to order food from the restaurants through Grubhub, going so far as to list phone numbers that are controlled by the company in place of the restaurant’s actual number. Restaurants are charged commissions on these orders, just as they would be if a customer ordered food through the Grubhub app. Given that these commissions can eat into restaurant profits by as much as 30%, some restaurant owners are chafing against Grubhub’s practices and complaining that, although overall order volume may be up, they are actually not making more money.

Google is slow-launching a new app, currently only available by invitation and only in New York, which is designed to help users connect with people who share the same interests and plan outings. The messaging suggests the app is especially good for someone who has just moved to a new city or is looking to meet new people locally. 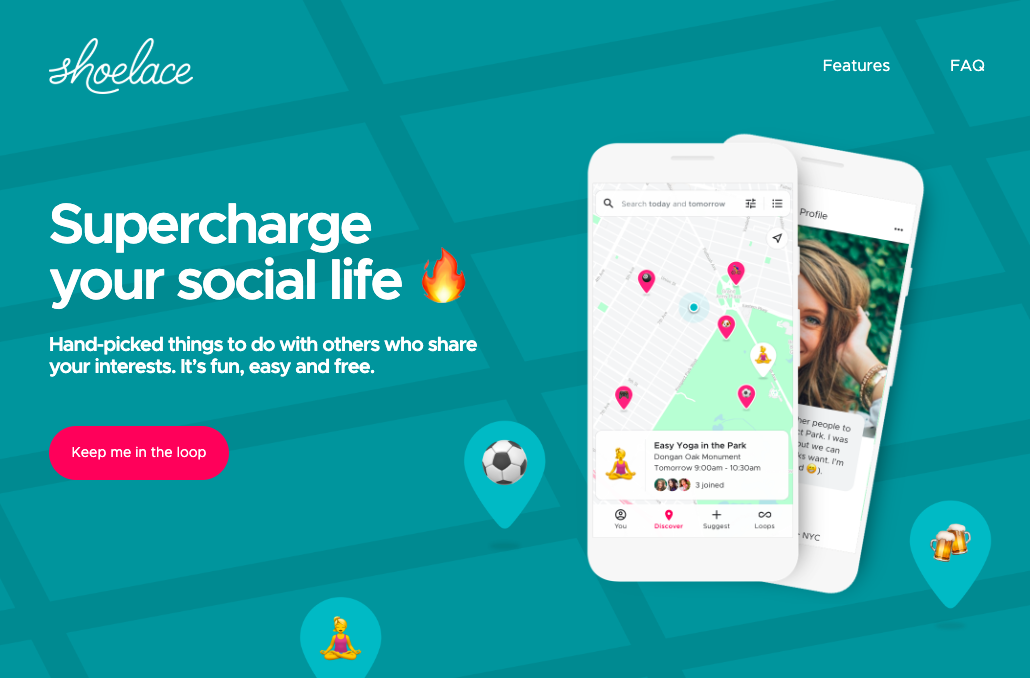 Though Google has been slowly but steadily adding social features to Google My Business, such as the “follow” button and Questions and Answers, it hasn’t done much to connect local users to each other, a still-untapped area for innovation outside of dating sites and a few other limited use cases. So who knows? Maybe we’ll all be “shoelacing” before the year is out.

Google has moved the Products page in Google My Business so that it is accessible through its own tab in the main left-hand navigation panel. More importantly, the Products feature is now available to every type of business with the exception of a few restricted verticals. This means small and medium sized businesses can now list and manage product inventories directly in Google My Business. Google says, however, that chains should use Local Inventory Ads instead, and offers no easy way to manage Product pages in GMB at scale.

Google reviews disappearing for some listings in May-June

Several local SEOs have been reporting the disappearance of reviews from client Google listings, as well as a seemingly related issue where the listing itself does not appear at all in search. Some say they have observed the phenomena taking place when the new short name feature is enabled in the listing, claiming that as soon as the short name is removed, the reviews reappear and the listing is visible in search again. Google, however, claims that these are all separate issues.

At Brandify, we’ve observed a major dropoff in review volume for some (not all) clients during the months of May and June. The issue is related to the review disappearance problem noted by others. Google has acknowledged there’s a technical glitch and is working to resolve it.

Are “likes” relevant in Google reviews?

Miriam Ellis has published a small but interesting study on a little-discussed topic: the “like” button next to each Google review and the question of its impact on which reviews Google chooses to feature. She found that of the business listings she sampled, 60% had at least one “liked” review, and that when “liked” reviews were present in a listing, Google displayed them as highlighted reviews 85% of the time. So it appears that “liking” reviews that are especially positive, or that talk about business features you’d like to draw more attention to, may cause those reviews to be featured more prominently in your listing. The “like” feature, which first appeared in 2016, currently has no help documentation, but Ellis spoke to Google representatives who said there was no reason why the business owner couldn’t “like” his or her own reviews, as long as they didn’t ask all of their employees to do the same, a practice that might be perceived as spammy.

Reinforcing a theme that cropped up in various presentations at this year’s SMX Advanced conference, a new Twitter poll with 600 respondents finds 94% of SEOs agreeing that user experience is at least related to ranking, with 40% believing it is a direct ranking factor in itself. Google now indexes web pages by rendering them as a browser would, so we know it is taking into account components like page layout, navigation, main content, sidebars, headers, photo placement, and the like -- and Bing has indicated that it does the same type of analysis, as I noted in a recap of the presentation at SMX by Bing’s Cata Milos. In his writeup about the poll, Barry Schwartz offered the reminder that page speed and HTTPS, which are known to help with ranking, can also be considered UX factors.

Google’s webmaster trends analyst John Mueller, the person most of us would think of as the successor to popular SEO commentator Matt Cutts, will be featured in a new video series on Google’s YouTube channel called Ask Google Webmasters. The series will offer more highly produced and shorter videos in comparison with the live webmaster chats Mueller has already been appearing in for some time -- sounding similar in fact to the popular videos Matt Cutts was known for starring in.