In this week’s update, learn about Google’s report on the digital side of local; Yelp’s new Asian-owned business attribute; Google’s updated guidelines on phone numbers in Posts; a search update boosting product reviews; this year’s Google I/O conference; and the “Kansas Bug” impacting some service-area businesses.

In a new report posted on its blog, Google claims that local consumers have become far more likely in the past year to use digital tools to research products for offline purchase. Among its findings, Google says there has been an 80% increase in searches for terms related to “local businesses” in general (such as “support for local businesses”), and that searches for “who has” + “in stock” have grown by more than 8,000%. In addition, two out of three dining customers say they’ve used search to look up local food and beverage information, and 57% discovered such information in online ads.

In Google Maps, searches for “curbside pickup” are up 9,000%; searches for “discounts” are up 100%; and searches for “gift shop” are up 60%. Google also lists the most popular branded and unbranded search terms in the past year, with Walmart, Starbucks, and Home Depot topping the list for branded terms, and restaurants, hotels, gas, and grocery topping the unbranded list.

Yelp has added an Asian-owned attribute to its business profiles. The attribute can be added by business owners for free and is opt-in only. Yelp has previously reported that searches for women-, Asian-, Black-, and Latinx-owned businesses on the platform were up 2,930% this February compared to the same month last year. Searches specifically for Asian-owned businesses are up 130% year-over-year on Yelp. The new attribute is searchable, meaning that users who are interested in finding Asian-owned businesses will be able to do so much more easily. 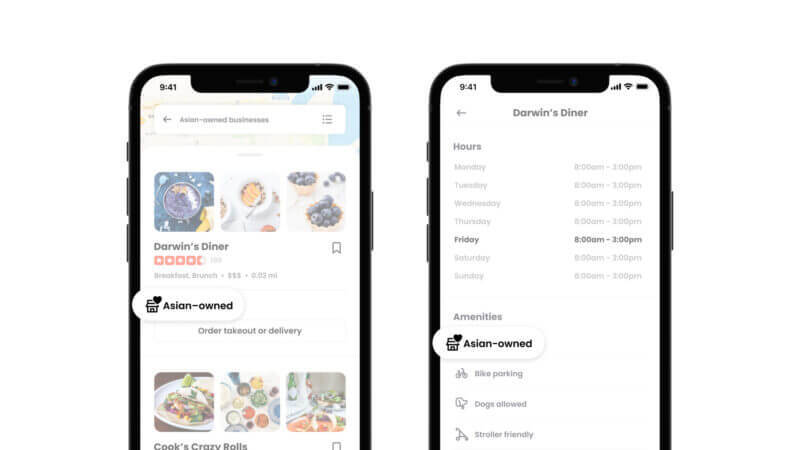 Google says no to phone numbers in Posts

The product reviews update and what it means for search

On April 8, Google announced a search algorithm update dubbed the “product reviews update.” According to the announcement, the update is designed to “better reward” high quality reviews of products, specifically “product reviews that share in-depth research, rather than thin content that simply summarizes a bunch of products.”

This is not a core update, but rather an update specifically designed to boost the visibility of product reviews deemed to meet Google’s stated quality standards. Google says the focus is “providing users with content that provides insightful analysis and original research, and is written by experts or enthusiasts who know the topic well.” The announcement offers nine detailed tips for creating high-quality product review content, which presumably also speak to the criteria Google is using to evaluate that content. The product reviews update is live globally but, so far, only in English.

After cancelling last year’s event due to the pandemic, Google has announced that it will go forward with Google I/O on May 18-20 as a free virtual event. The long-running developer conference is usually the most popular event of the year for Google. Registration is open now. A huge benefit to the virtual event is the ability to accommodate more attendees. Whereas in years past, all available registration slots for the offline event would fill up very quickly, I was able to sign up with no trouble for this year’s I/O four days after registration opened. The full schedule will be posted in late April.

A bug that has been in effect for several months now is causing Google Maps to place some service-area businesses with hidden addresses in the exact geographic middle of the United States, which is the town of Independence, Kansas. This bug has been reported by Jason Brown and Ben Fisher, among others. Brown reports that it can be fixed by requesting that the GMB support team manually adjust the business address in the back end, where Google retains address information even for service-area-only businesses. Fisher reports that the GMB team is “well aware” of the bug and that work to fix it has been prioritized.