This week's Monday Memo covers new features in Google Maps; Messaging Insights in GMB; the bug that removes store codes from GMB dashboards; a new study from Womply on the importance of reviews; and Uber's disappointing Q2 earnings report.

In a post on the Google Maps blog last week, Google announced several new features geared towards travelers that are rolling out for Android and iPhone users.

Some are official rollouts of features that were first previewed earlier in the year at Google I/O, and have been tested in the months since with Local Guides and Pixel users.

First, users will be able to access hotel and flight reservations from a new Reservations tab in the Your Places section. Reservation info (which is ported over to Maps from Gmail or Google Calendar) can even be accessed when your phone is offline, making it easier to get to this critical data no matter where you are.

Second, a new Live View for walking directions will present users with a view of their surroundings augmented with arrows and other info that should make directions for walkers much easier to follow.

Third, the blog posts reminds us about a set of recently launched features designed to help users discover new restaurants. These include Your Match, a feature announced last year that assigns a percentage to each restaurant based on the match between its offerings and the user’s tastes (based on past places visited). Another useful feature is Popular Dishes, first announced this past May, which bases its recommendations on user photos and reviews.

Finally, the Timeline section in Location History has been updated with new organizational features, with the intent of making it easier to find the name, for instance, of a great restaurant you visited during one of the stops on a recent trip. Now users can sort places visited by country, city, and category, and can export lists of places to share with friends.

Some new features were also added last week to Google My Business. The first of these, Messaging Insights, appears when you have the Messaging feature turned on in your GMB listing. Messaging, as you’ll probably recall, allows store managers to exchange one-on-one messages with consumers via the GMB mobile app. When the feature is enabled, Messaging Insights will tell you your average response time to messages over the last 28 days.

Another feature adds a site manager sign-up link to the business profiles of some chain locations in Maps and Search, so that users can sign up to manage individual locations and perform such actions as responding to reviews, creating Posts, and interacting with customers via Messaging. Google verifies each user before granting access, and all user access settings can still be controlled by listing owners. More info here.

Finally, Google has modified the terminology used to indicate status of a listing as it appears in various places in the GMB dashboard, in order to more accurately indicate statuses like “verified,” “unverified,” “published,” and “unpublished.”

A widespread bug is causing store codes to disappear from many GMB listings. The codes are still there if you click through to the individual location, but are shown as missing when viewing multiple listings in a location table. Presumably this is a Google bug that will soon be fixed.

Review counts matter more than star ratings, according to study

An extensive new study from small business SaaS provider Womply looked at local marketing practices of 200,000 small businesses and correlated that data with actual revenue numbers. The inclusion of revenue data means this study hits a bit closer to the actual bottom line than other studies of local marketing effectiveness have done in the past. Here are some notable findings: 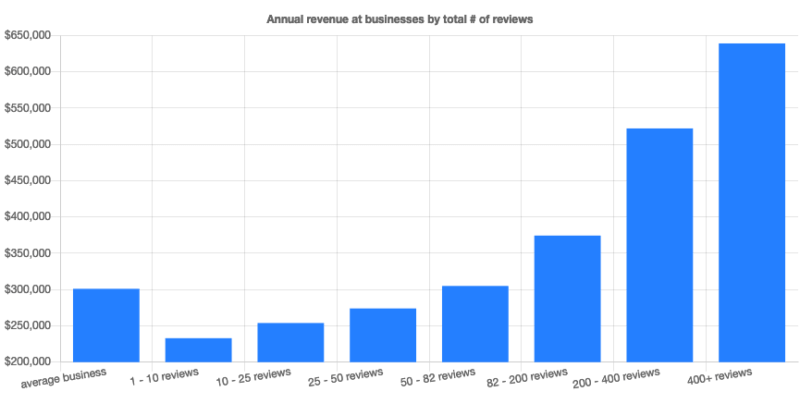 In its latest quarterly earnings report -- its second since becoming a public company -- Uber has reported earnings for Q2 2019 of $3.16 billion and losses of $5.2 billion. Stock prices dove 11% upon news of the company’s net losses. Uber blamed much of the loss on expenses from employee stock compensation related to this year’s IPO, but has struggled since going public with slow growth and recently announced a round of layoffs. By contrast, competitor Lyft ended the quarter in the positive, with revenue of $867 million and losses of $644 million. Uber’s food delivery service, Uber Eats, is a bright spot in the company’s portfolio, with revenue up 72% at $595 million.