In this week’s update, learn about public user profiles in Google Maps; the proportion of Google properties in search results; the impact of primary category on GMB features; a new COVID Alert app in Canada; the GMB “Black-owned” attribute; and John Mueller’s comments on the impact of negative review sites.

Last year, Google rolled out a feature that allowed other users to view the profiles of Local Guides and follow them to see recommendations of local businesses. Now, Google is rolling out public profiles for all users of Google Maps, a move that would appear to be pushing Maps further into the realm of social networking.

As Google’s announcement puts it, “If a Google Maps user has shared photos, reviews or lists publicly, you can now follow them and get their recommendations, advice and updates delivered to your Updates tab in Google Maps.” Users can choose whether to make their profiles public and whether to allow followers with or without an approval step.

As you can see from the screenshot, the new Google Maps profiles have features in common with Twitter and other social profiles, such as a tally of followers and other profiles the user is following. Whereas Local Guides have a mixed reputation due to Google’s game-like incentives, which have caused some issues with spam and low-quality content, this foray into broader social profiles may be ushering in more of a standardized social layer in Maps. 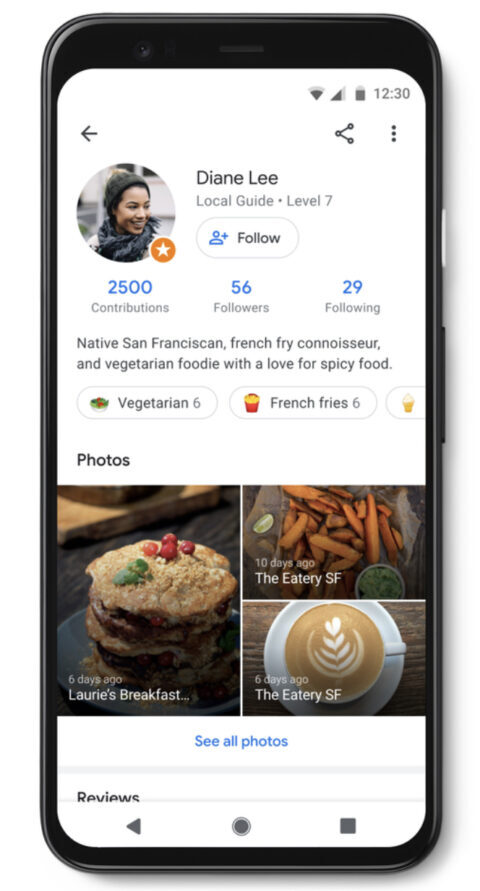 Google products make up 41% of the search results page

A study conducted by The Markup and reported in Search Engine Journal claims that 41% of the content on a typical Google search result page consists of Google-owned products. In fact, the number goes even higher for content in the top 15% of the page, the segment of desktop search that roughly represents the first full page of mobile search results on an iPhone X. In that top 15%, according to the study, 63% of the content typically comes from Google.

The report, in fact, states that, “For one in five searches in our sample, links to external websites did not appear on the first screen at all.”

In calculating these percentages, The Markup included links to Google properties, like Google local results and Google Shopping, as well as direct answers which Google copies from third party sources, the report states, “sometimes without their knowledge or consent.”

The critique implied by the study’s findings is that Google is showing preferential treatment for its own content, a claim that echoes the notorious finding last year from Rand Fishkin that zero-click results are now in the majority. Google has responded to the study, however, in a statement that points out that its goal is to provide answers that best fit the user’s query, and that directing people “from search results to websites” is “not always the best way to assist people.”

A new column from Krystal Taing on the LocalU blog identifies the many differences in Google My Business features that are dependent on the choice of a primary category. GMB is no longer a one-size-fits-all product; in fact, many features such as attributes, additional hours, and secondary links differ significantly from one category to another. This makes sense when you consider that a restaurant will be more likely to need a menu link, which would be irrelevant for a therapist, who instead is invited to provide an appointment booking URL.

Of course, businesses cannot choose categories in GMB just because they want to gain access to certain features. In fact, category selection is a critical step in local search optimization, since categories are still a primary driver of relevancy, helping Google determine which listings to show for which queries. On the other hand, since Google publishes no overall guidelines specifying which features are available for which categories, navigating the availability of features can be confusing. Taing’s column helpfully provides tables showing availability of attributes across 33 popular categories.

Apple and Google worked together this year to develop an Exposure Notification API designed to help users self-report incidences of infection as well as getting notifications that they may have been exposed to someone who has contracted coronavirus. Now, Health Canada has launched a new COVID Alert app, making use of the Google/Apple API, to help Canadian citizens track exposure.

The app uses Bluetooth to connect users with nearby phones, and checks a list of anonymous identifier codes indicating people who have been infected. Numerous privacy measures are built into the API, which does not share locations, names, or addresses.

I reported back on July 6 that Google had made available a new “Black-owned” attribute in the Highlights section of GMB attributes. Now, that attribute is displaying publicly in mobile search, as noted on Search Engine Land. The new attribute displays with a circular icon featuring a black heart. Google has reported “a surge in online searches for Black-owned businesses” in recent months. According to the company’s statement, the goal of releasing the new attribute is “to make Search and Maps more inclusive and help support Black-owned businesses when they need it most.” 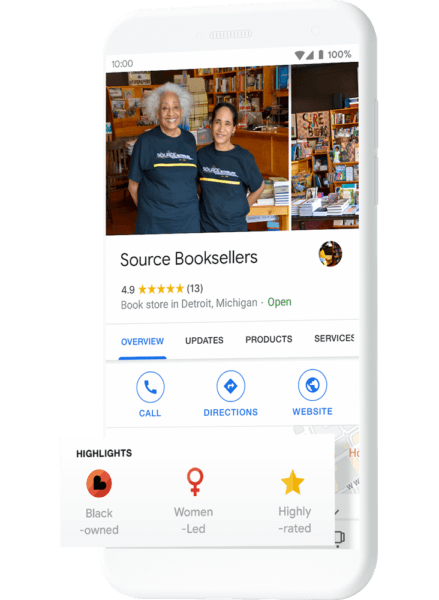 Google’s John Mueller on the impact of negative review sites

Google Webmaster Trends Analyst John Mueller, who is among the most highly quoted Google employees when it comes to SEO recommendations, weighed in on a topic related to reputation management in a recent hangout video. In response to a participant in the hangout who was concerned about the impact on search ranking for her website of other websites containing negative reviews of her business, Mueller said that they were unlikely to have an impact. He stated, "I don't think you'd see any effect on the ranking of your website from that.”

To be clear, Mueller was not offering an opinion about the impact of negative reviews on consumer perception of a business. His comments specifically addressed the question of a ranking impact on your main company domain of negative reviews on other sites. On that question, Mueller’s answer was definitive. Bad reviews won’t by themselves impact your site ranking. The negative impact of poor reviews, as we’ve discussed extensively on the Brandify blog and elsewhere, has more to do with consumer perception and the likelihood that consumers who encounter such reviews will decide to transact business with a company.