In this week’s update, learn about new features in Google Assistant including restaurant ordering; a court finding on one-star reviews; the impact of the product reviews update; a new feature calling attention to recent Google Posts; local store availability in product results; and updated GMB editing features in Search.

Google has announced several Google Assistant updates, including the addition of iPhone support for the Assistant’s find my phone feature; new home automation routines for sunrise and sunset; and new content related to the Oscars. In addition, Assistant will now make it easier to complete restaurant takeout orders on Android devices. Users who navigate to a restaurant offering takeout on their Android phones will be able to use Assistant to automatically fill out contact and payment details stored in Google Pay. This feature works only for select restaurant chains who are part of the initial launch, but Google says they will add more this year. Google did not mention which specific restaurant chains are participating. As noted by Barry Schwartz, a similar feature was released for movie ticket purchases in 2019.

A Michigan court has ruled that “a one-star wordless review posted on Google Review is an expression of opinion protected by the First Amendment,” in response to a case brought by a law firm claiming that an anonymous one-star review had been posted to their listing in an attempt to damage their reputation. The court further stated that even if the anonymous reviewer turned out to be a competitor, the ruling would stand, despite the fact that reviews posted by competitors are a violation of Google’s guidelines.

In a writeup on the case in Search Engine Land, Joy Hawkins notes that she recently worked with a company that received a large number of one-star reviews with no text, and was eventually forced to close, due at least in part to the impact of these reviews on the business’s overall Google rating. Unfortunately, reviews without text are rarely removed by Google since most of the guidelines for removal relate to the content of the review.

Google product reviews update has a big impact on search

Barry Schwartz has published a brief update on the impact of the Google product reviews update we talked about last week, promising a more thorough writeup soon as the update has not fully rolled out yet. He says that many sites across many verticals -- health, finance, technology, and others -- have already seen a significant impact, starting just one day after the update was announced. As is typical with a significant algorithm update, there was a mix of large gains and large losses in discovery search traffic. One specific dividing line is between user-generated and expert product reviews -- the former are ranking lower after the update, whereas the latter, as long as they meet Google’s quality guidelines, are likely ranking much higher.

Another post from Joy Hawkins, this time on the Local U blog, observes that a new red dot is showing up on the Updates tab for some business profiles that have recently shared Google Posts. It seems as though the red dot shows when the business has added a new Post in the last two weeks. Once you’ve clicked on the Updates tab to view the Post, the red dot goes away. Other users were unable to replicate this feature, so it is likely an early test, but if it’s released more broadly it could help bring more visibility to Posts. 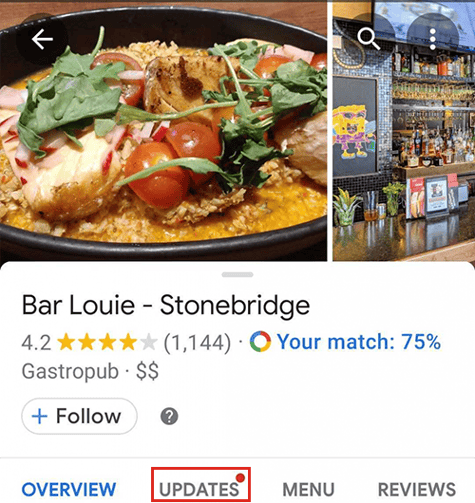 Google has begun displaying local businesses as snippets in product search results, in cases where a nearby business carries the product. These snippets show up beneath the product information and contain the business name and address, distance from the user in miles, and an indicator of whether the business is currently open. These snippets are similar in nature to the carousel display of local results recently spotted under “People also search for.” Both cases demonstrate Google’s increasingly common practice of adding local hooks to searches that may or may not have local intent. 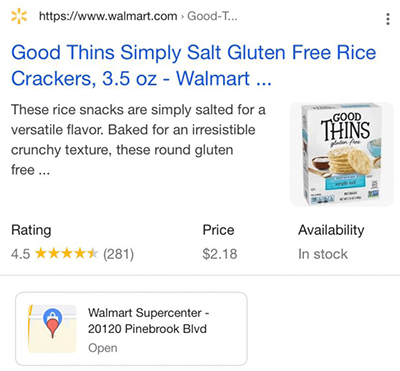 Since 2017, Google has been progressively adding more functionality directly on the Search page for logged-in GMB owners and managers to be able to edit listing information and view analytics. The latest update adds a new interface allowing users to add or edit basic business information, hours, products, and photos. Some of this functionality existed before, but it appears to have been both simplified and augmented. Google has been hinting this year that the Google My Business dashboard might eventually be replaced, and this looks like another step in that direction. Businesses that are marked permanently closed cannot be managed in Search, and can only be reopened from within GMB. 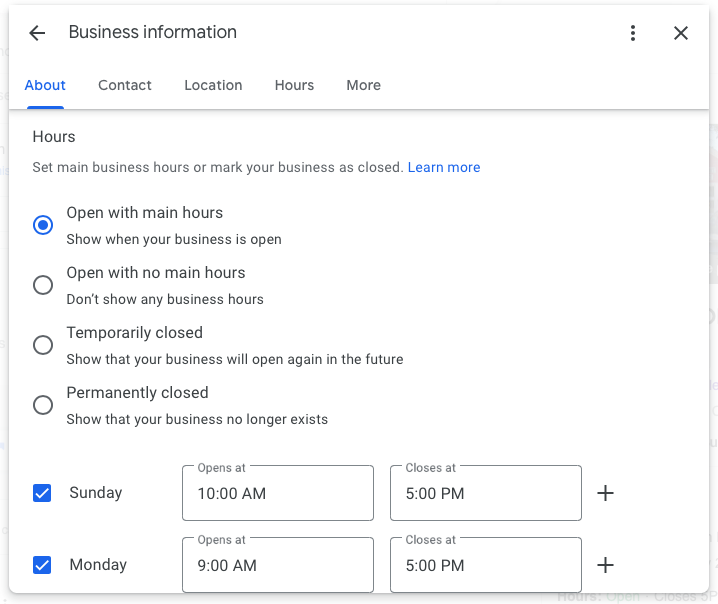