It appears that Google has been testing a new “Message” CTA in posts, as noted by Claire Carlile on Twitter. The “Message” button shows up in addition to any CTA buttons the user has already configured for a post, presumably only if that GMB location has previously enabled messaging. In fact, it doesn’t look like the “Message” button can be configured by the user -- it doesn’t appear as one of the options when configuring the post. Rather, Google is showing the “Message” button automatically for posts where the location has also turned messaging on, at least on a pilot basis. Barry Schwartz notes that the update seems related to the recent addition of “Message” buttons on the Updates tab in Google profiles on mobile.

Google has created a new app called Task Mate that pays users for performing small tasks, such as taking pictures of storefronts or recording voice clips. At the moment, the app is only available by invitation in India. The app has two categories of tasks -- sitting tasks, which can be performed anywhere, and field tasks, which must be performed at a specific location. Storefront photos belong to the latter category. Once a task is completed and passes a review process, users are paid in local currency. Google does not say how such contributions might be used, but it seems obvious that storefront images could be used to improve the accuracy of Maps and the verification of businesses in Google My Business. 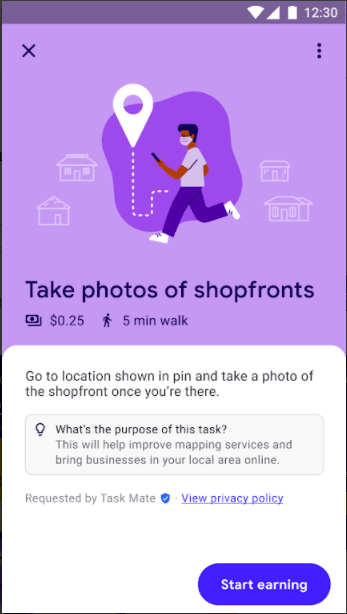 Google has launched an update to crawl stats reporting in Google Search Console, described by Barry Schwartz as “a huge upgrade from the previous report.” In the old version of the report, Google displayed pages crawled per day, kilobytes downloaded per day, and time spent downloading pages per day. By contrast, the new reports, according to Schwartz, “really let you dive in and give you the total number of requests grouped by response code, crawled file type, crawl purpose, and Googlebot type. It gives you detailed information on host status, URL examples to show where in your site requests occurred and comprehensive summary for properties with multiple hosts and support for domain properties.”

Pedro Dias, Glenn Gabe, Daniel Waisberg, and others have commented on Twitter about the usefulness of the new reports. The more information Google provides about its crawling activities, the better SEOs can optimize their sites to ensure that the content they want Google to pay attention to is being properly indexed. 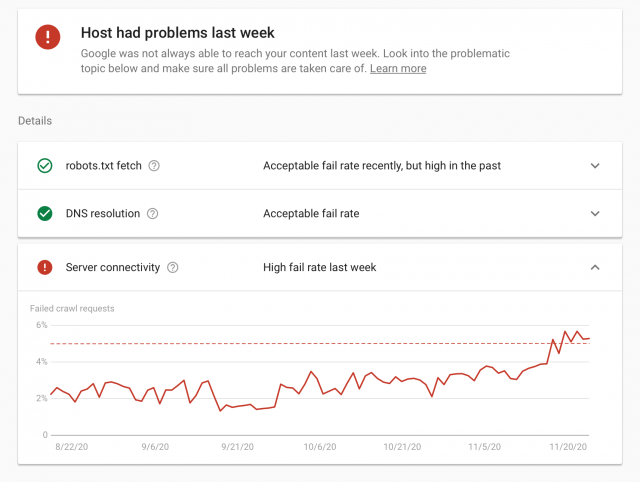 Joy Hawkins has published a new study on the Sterling Sky blog highlighting differences in keyword reporting between Google My Business and Google Search Console. The study finds that 66% of the keywords reported by Search Console are different from those in GMB.

Especially notable in the data missing from Search Console but present in GMB were implicit search queries, such as “botox” rather than “botox near me.” GMB data demonstrates that these implicitly local queries generate significant local traffic that is not clearly demonstrated in Search Console.

Google has created a new beta program called Small Business Advisors that aims to help small businesses become better online marketers. Businesses can book 50 minute consulting sessions with a Google representative to learn about Google My Business, Google Ads, YouTube, and other products. Any small business in the U.S. is eligible to participate, provided their GMB account is in good standing, and the $39.99 fee is being waived through the end of 2020.

In his writeup, Greg Sterling notes that 60% of 70% of SMBs are not working with a marketing agency today, meaning that they are trying to conduct all marketing activities on their own. Google’s new offering is intended to address the needs of this segment of businesses. Sessions may involve video chat and screen sharing, and are intended to cover “two products per appointment” according to statements from Google.

Google is testing a new Maps overlay, according to Lluc Berrio Penycate on Twitter, that adds information about hotels including average ratings, category, pricing, and other details. Examples shared by Penycate show hotel map pins with additional information that differs from one hotel to another. Some hotels show the typical editorial descriptions that are common in Maps, while others display rates and availability dates, or else average Google review rating plus the amenity-based star rating for the hotel. Penycate is based in Spain, where the overlays he captured are displaying. Another commentator in Japan, Hiroko Imai, reports similar overlays with average rating and review count for local hotels. 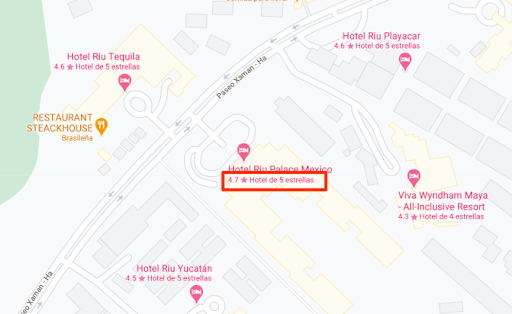