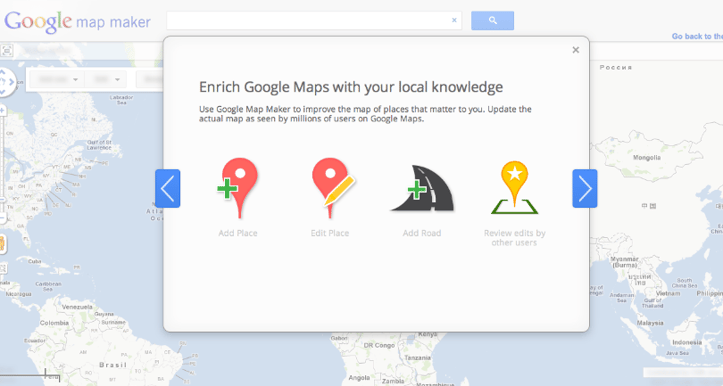 Google announced this week that its Map Maker tool will be retired in March 2017. Map Maker, which was released in 2008, has served as a crowdsourced tool for updating listings data on Google Maps and Google Earth. Up until now, anyone has been able to add or update information such as business listings, NAP data, roads, and naturalistic features such as parks and beaches using Map Maker. Changes are currently verified by Google, and then updated accordingly.

The tool has served as a great way for Google to streamline its location data and provide the most relevant and up-to-date results for users. However, the platform has also experienced its setbacks, when less than responsible users trolled the site and used it to commit digital vandalism, forcing Google to temporarily suspend the service for over three months in 2015.

In fact, Google’s reasons for “graduating” Map Maker into its full integration with Google Maps may be related to prior attacks, based on Google’s following statement:

This update will enable us to focus on providing the best editing and moderation experience within Google Maps on both desktop and on mobile. We’ll continue to roll out new features to make sure you’re able to do most of the things you’ve grown accustomed to doing in Map Maker – like edit roads – leading up to March 2017 and after.

Google confirmed that edits made on Google Maps will no longer be available for moderation on Map Maker, starting immediately. Instead, users are invited to join Google’s Local Guides program, where they can continue contributing their local knowledge to Google Maps and Google business listings, while earning points or unlocking rewards for submitting local information, in addition to receiving early access to new Google Maps features.

Google has recently stopped updating Map Maker, and with the functional similarities between Map Maker and Local Guides, Map Maker’s elimination has been a foreseeable evolution. Not only will the integration create a better user experience for contributors, but it will also prevent hacks and vandalism that could be harmful to local businesses and just plain irritating to everyday Google Maps users.

Location-based brands stand to benefit from the integration of Map Maker and Google Maps, as location data can be more easily controlled and safeguarded, in addition to having an expedited process for publication changes and listings updates.

Brands can prepare for the upcoming changes by creating a Google My Business (GMB) account if one does not exist already, and verifying local listings data to ensure accuracy and consistency across the web. Get a comprehensive understanding of your local listings accuracy by performing a location audit with Brandify’s free Quick Scan report today.